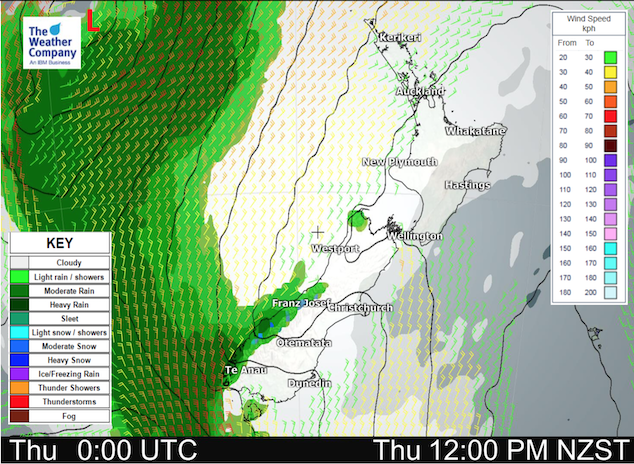 Northland, Auckland, Waikato & Bay Of Plenty
Mostly cloudy, chance of a light shower at times for northern Auckland and Northland (especially in the east). East to northeasterly winds.
Highs: 14-17

Western North Island (including Central North Island)
Plenty of high cloud, some sun may break through at times. Also expect areas of low cloud or fog to start about some inland spots away from the coast. Mid level cloud banks up about northern Taranaki and Kapiti now and then. Winds are light tending to the north or northeast.
Highs: 13-15