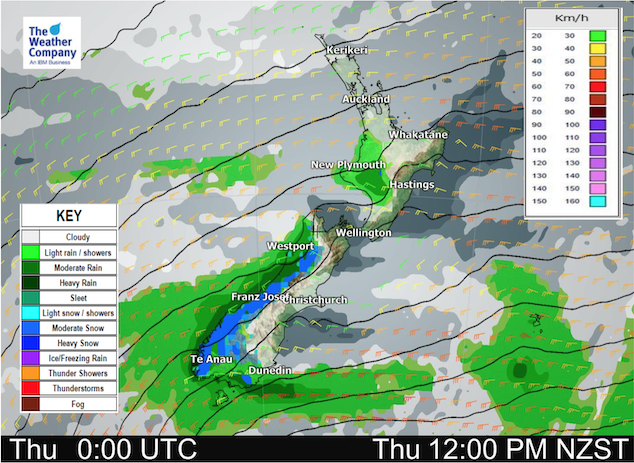 Northland, Auckland, Waikato & Bay Of Plenty
Cloudy areas and the odd shower at times. The Bay Of Plenty is mainly dry with longer sunny spells, perhaps the risk of a shower from afternoon spreading from the west. Breezy to brisk west to southwesterly winds.
Highs: 15-17

Southland & Otago
Showers, heavy at times in the morning with hail then easing from afternoon. Snow to 300 or maybe 200m at times. Long dry spells from midday about Central Otago with sun at times. Gusty cold west to southwest winds.
Highs: 5-8