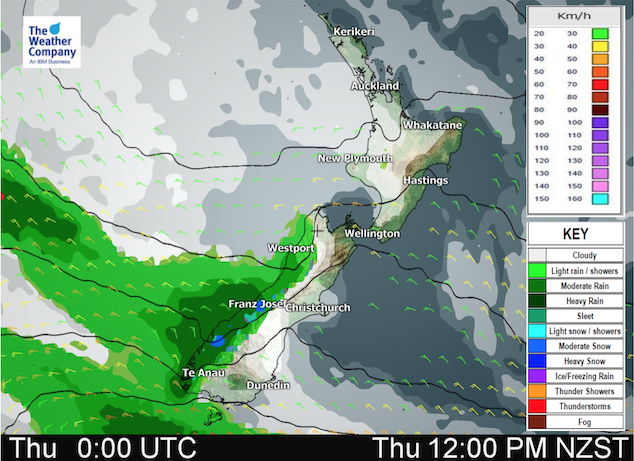 A northwesterly airflow lies over most of the country today with a large anticyclone passing over the upper North Island. A cold front moves onto the lower South Island this evening / overnight.