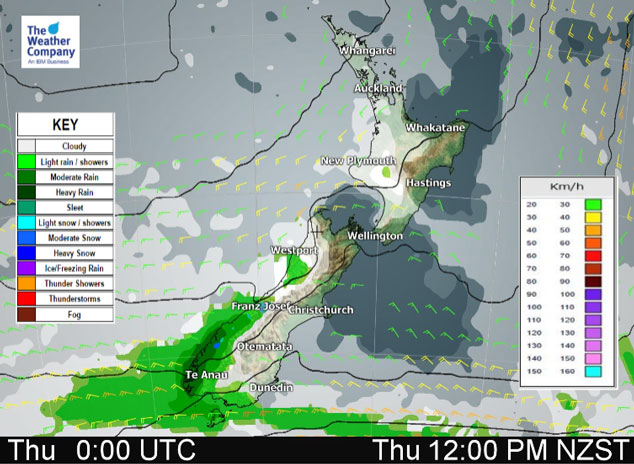 A west to southwesterly airflow lies over New Zealand today, some cloud in the west with the odd shower (especially the West Coast of the South Island). Mainly sunny and dry in the east.

Western North Island (including Central North Island)
Cloudy areas, risk of a shower at times more so about Taranaki. Westerly winds, gusty from the southwest for Taranaki.
Highs: 13-17

Southland & Otago
Occasional showers and sunny spells for Southland with blustery westerly winds, showers clear in the evening. Otago is drier with a mix of sun and cloud, risk of a shower late afternoon / evening as northwest winds tend southwest.
Highs: 14-17