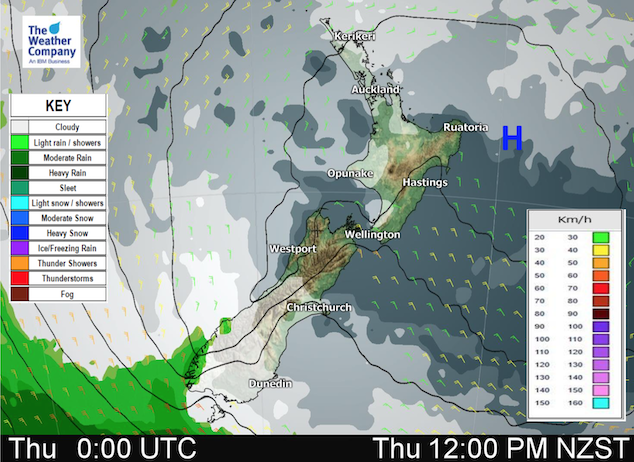 An anticyclone still brings mainly settled weather to New Zealand today however it is starting to weaken with a northwesterly airflow starting to build over the South Island.

Northland, Auckland, Waikato & Bay Of Plenty
Mostly sunny, morning low cloud or fog possible about inland areas. Some cloud banks up against eastern Northland in the afternoon. Light winds from the east or northeast.
Highs: 17-20

West Coast
Mostly cloudy about Fiordland with the odd shower or some drizzle, sunnier skies further north with some high cloud. Light winds tend northwest in the afternoon.
Highs: 14-17