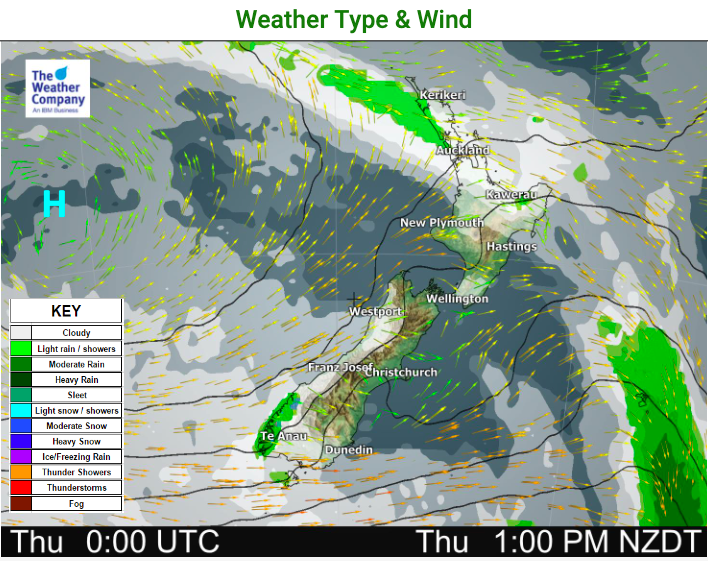 A weak cold front falls apart over the North Island today bringing cloud to the west and only a few showers.

Rain eases on the West Coast today with a dry end to the day (or mostly dry).

High pressure just holds over Northland but elsewhere we’re in the squash zone with windier west to south west winds in a number of areas.

Refer to your local HOURLY forecast to drill down deeper, or visit www.RuralWeather.co.nz.

Here are the regional forecasts for Thursday

Northland, Auckland, Waikato & Bay Of Plenty
Cloudy periods and the risk of a few isolated showers in the western side. Bay of Plenty and eastern Northland are looking quite sunny. West to SW winds.
Highs: 19-23

Southland & Otago
Cloudy in Southland with varying cloud elsewhere but sunnier to the north. Showers in coastal southland.
Highs: 13-19