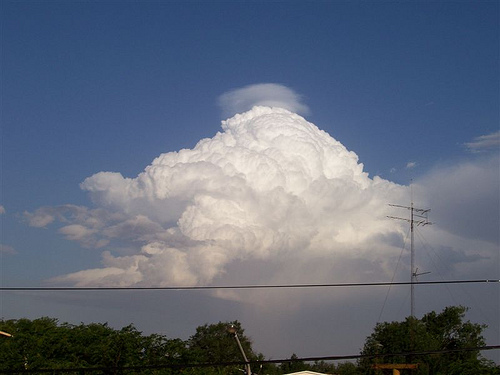 Cloud build ups with a few showers which could be heavy at times seem to be the main threat of rain across parts of the country today.

From the far north to the deep south these showers may form fairly quickly and then disappear as quickly as they arrived.

Decent sunshine is also in the mix but the instability of the atmosphere makes it tricky on where exactly these showers could form.

The foothills and ranges across inland areas seem to be the most likely but these could also spread close to the coastline as well.

Winds aren’t anticipated to be very gusty but may pick up during some of the showers or downpours.

Temperatures are likely to be in the mid to high teens for most centres but there’s a chance the 20 degree mark could be broken in places such as Alexandra or Blenheim.

Tomorrow an incoming low nears the nation but it seems many eastern areas should escape the wet stuff for the start of the weekend on Saturday.
Sunday looks fairly damp in plenty of places but again Gisborne down to Kaikoura could escape the worst of it all.

Just to recap about today, we  should see sunshine with cloudy areas and the odd scattered heavy shower with temperatures near normal this afternoon.