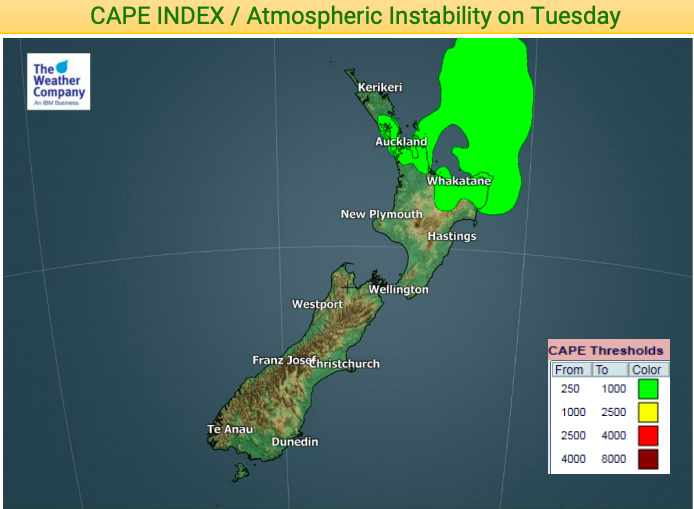 It’s a calm yet busy weather day in Auckland today with morning waterspouts in the harbour and now significant afternoon thunderstorms and cloud build ups.

As of 1:30pm it was northern and western Auckland affected by the thunderstorms, which are producing a fair amount of thunder. The downpours are slow moving and heavy enough to cause dangerous flash and surface flooding.

The cause for the stormy weather is a large but very weak low moving in to the North Island at the moment. The centre of this low is very calm but also allows for showers to grow into much larger downpours, especially coupled with afternoon heating.

One of these downpours out over Auckland Harbour and the Hauraki Gulf this morning was energised by the calm warm sea waters, fueling waterspouts and funnel clouds. There is a chance of funnel clouds this afternoon over land but any tornado risk is still considered fairly low – and likely to be a low end weak one if one should form.

The centre of the low is starting to move into Northland, Auckland and Coromandel Peninsula and will lie east of the North Island by Wednesday as it slowly track eastwards. The low is so weak it is mostly dry, but these downpours are developing around and inside the centre of this low.

Conditions should ease by 3pm – if not another update will be issued. 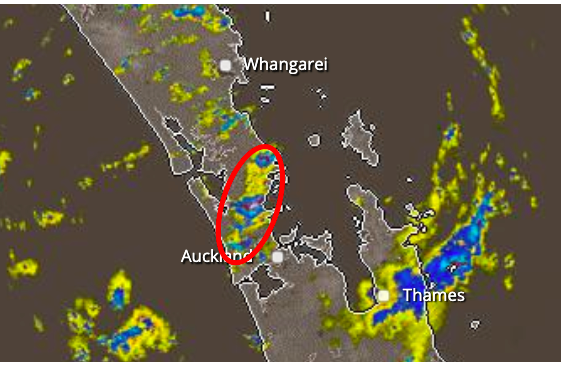 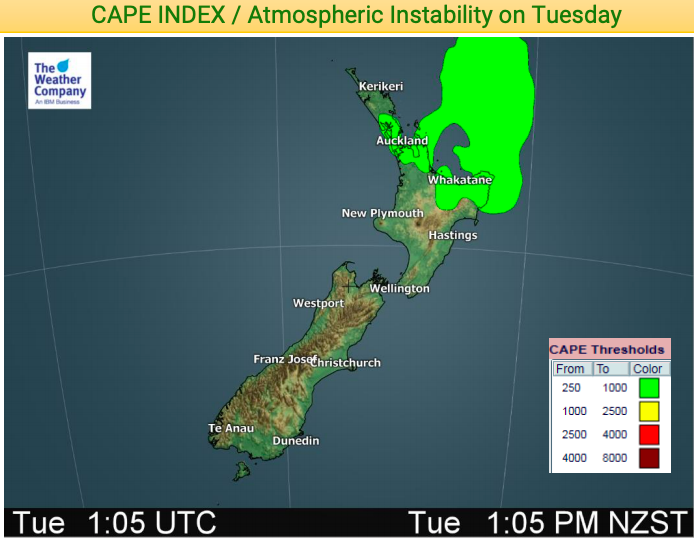