This week: Low then westerly flow 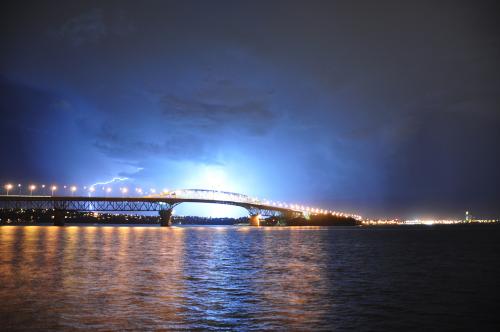 A low pressure system that was responsible for seeing regions go from drought zones to flood zones this weekend will continue to affect our weather for a few more days.

WeatherWatch.co.nz predicts the low will linger in the Tasman Sea until about Wednesday before a westerly change replaces it.

In true Autumn style the westerly will bring a variety of weather with showers, some heavy, in the mix – along with long dry spells.  The westerly is likely to bring the bulk of the rain and showers to western areas of both islands from Wednesday to Friday.

The westerly flow means eastern areas are likely to be sunnier, warmer and drier than they were last week.

Another front will sweep up the country on Friday and Saturday from the south west before a new high rolls in this coming weekend.

However the high is being challenged by rainmakers – meaning the big dry may well be reversed completely for some regions before May 1 even arrives.  Certainly torrential rain across the weekend reversed drought conditions for big portions of New Zealand – but follow up rain is still needed for some areas, with perhaps the exception of western Bay of Plenty and eastern Coromandel Peninsula following the weekend floods.

Yesterday wasn’t as wet for some as initially predicted by most weather forecasters, including this one, due to the rain bands running almost parallel with our western coastline .  This was mentioned last week by WeatherWatch.co.nz – and it meant some main centres, like Auckland, enjoyed sunny spells – while just offshore to the west torrential rain and thunderstorms continued  just as they did on Saturday, except this time over sea and not land.

Just a recommendation. I often click on your stories in order to see the amazing pictures you have on the home page in more detail and I am always disappointed when they are not there. I am therefore less likely to stay on the article page. I think it might be an idea to follow the lead of all other news websites and include the pictures within the articles. Cheers.

We appreciate your feedback!  That really is a good idea.  Thanks!