The difficulty of predicting temperatures 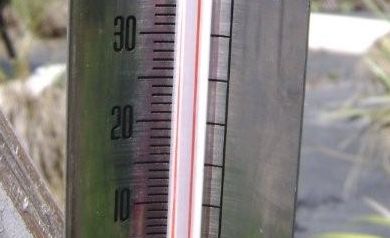 Have you ever wondered why predicted highs and lows sometimes chop and change without any real reason?  For example, a predicted high on Saturday might be 22, then it changes to 19, then back to 21 over a three day period leading up to the weekend.

Well, we thought we would give you a little more understanding about this sometimes tricky part of forecasting.

Weather forecasters often use a fair amount of gut instinct when creating the daily highs.  There are many factors that we have to consider.  For example:

Let’s take Auckland for example.  We generally think a northerly is warm.  This is often the case but a nor’easter, coming off the sea, can sometimes be a little cooler.  Nor’easters often have cloud too.

So firstly we look at the data – it might be predicting a high of 18.3 for Auckland city.  Then we look at the wind direction.  Let’s say it’s a nor’easter with sub-tropical origins.  So we might bump that up to 21.  Then we see there’s quite a bit of cloud coming in… perhaps 19 is more accurate.  Then we look at the rain prediction – uh-oh, heavy rain on the way.  The rain clouds block out more of the sun’s warmth (although at night it insulates us more – so we get lower highs but higher lows!).  Hmm…so now we’re back to 18 degrees.  And that’s our high.

So why bother with that process if it’s the same as the computer data?  Well let’s go to the day after – and the wind is now a southerly.

Your first thought might be that a southerly equals cold.  Not always – in fact in some places in summer a southerly or south easterly can be the hottest wind direction.  Places like Auckland and Hamilton can often climb to high levels with a summer southerly because it usually is a dry and clear wind direction like Canterbury’s nor’wester.

So the data sees it’s a southerly and predicts 16.7 as the high.  The origin of the air is still mostly coming from around the North Island – so we know this southerly won’t be a cold one.  The clouds are clearing and there will be no rain.  So we shift 16.7 to 21.

It all comes down to timing.  The temperatures we predict are based on everything timing perfectly – but if a rain front is running late to arrive or late to clear (even by just an hour or two) it can have a dramatic affect on the temperature.

For our first high of 18 the rain clouds aren’t looking quite so dramatic now – so we expect the sun to break through a bit more with that nor’easter – and we bump the high up by a degree to 19.  The following day we don’t expect that clearing southerly to arrive until mid-afternoon so that limits the chance of heating – so we slide our high down from 21 to 20.

We’re constantly massaging the temperatures to be as accurate as possible.

But the best way to look at temperatures is to not focus on the specific number – afterall temperatures across one centre can range 2 to 4 degrees sometimes.  Instead look at the whole week and you can build a picture in your mind as to how the temperatures will be this week.

What this shows is that around day three or four some cooler conditions will move in, then it will slowly bounce back.

Each forecaster might have a different way of working out the highs – but this is how we do it at WeatherWatch.co.nz!

Good stuff WW I do enjoy your detailed explanations of our weather & how it happens.

I love how this site is so much more than just weather forecasts and news. It’s like Weather 101. I’m sure I’ve mentioned before but I really hope that in your long term plan you’re going to look at a section for teachers!

Great explanation!, thank you for taking the time to explain the temperature variances. We sure do get special weather reporting from WeatherWatch.co.nz. Thank you!