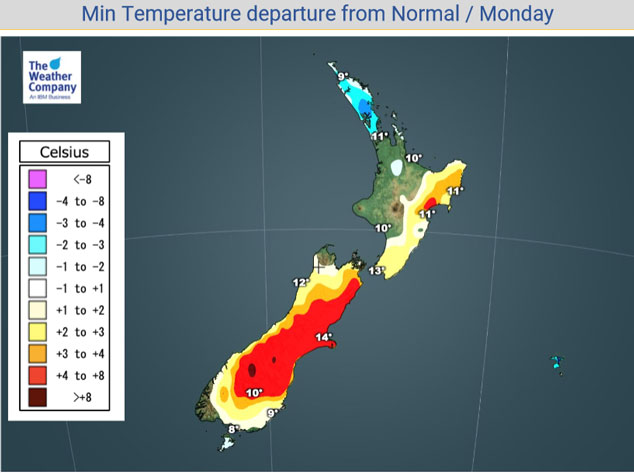 Conditions are warmer than average tonight for most of New Zealand, just Auckland northwards is a touch cooler than average due to high pressure and clearer skies. Don’t expect any frosty conditions in the far north however.

Tonight’s warmest overnight low will likely be somewhere about the eastern South Island, namely Canterbury. The coolest spots will be Hamilton, inland parts of Northland and Southland at the other end of the country on about 8 degrees.

The effects of a southerly change moving northwards over the South Island can be seen by cooler temperatures around the periphery south of about Banks Peninsula, inland spots actually warm up to a pleasant afternoon after this cold front moves northwards.