Temperature trends – mild for much of NI, cooler about Cook Strait and eastern SI 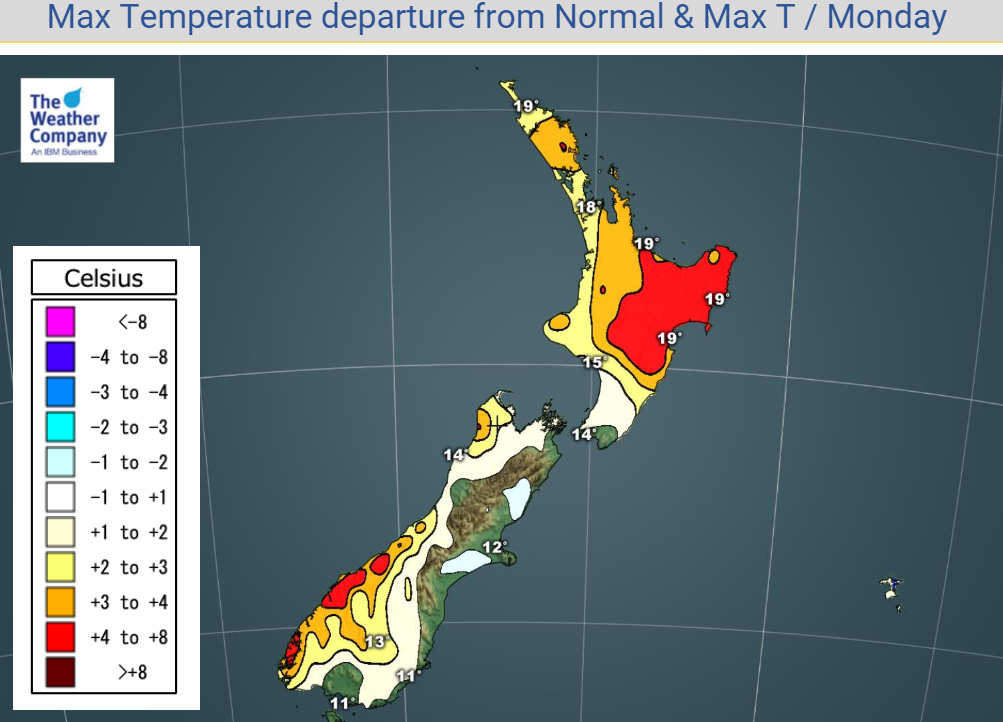 The double-yolker low-pressure system crossing central parts of New Zealand today will have quite different effects on maximum temperatures where you live, depending whether it is passing to the south of you or to the north.

As a secondary depression starts revving up to the east of about Kaikoura towards the middle of the day, cooler southerlies will become established in eastern and southern regions of the South Island, and also about Wellington. That will keep afternoon temperatures there slightly on the chilly side of average for this time in May.

However, the milder north or northwesterly winds around the top of that depression centre will keep things very pleasant temperature-wise for much of the North Island into the afternoon, with highs at least 2 or 3degC above normal.

Eastern parts of the North Island are also likely to have a few hours of warm northwesterlies before a southerly change later, with temperatures climbing more than 5degC higher than normal, in some places close to 20degC or above.

A more unusual kind of warm downslope foehn wind may also develop across South Westland and Fiordland, with southeasterly winds there pushing the mercury into the mid to high teens for a while, also more than 5degC above average.

In terms of wind at midday today, most parts of New Zealand could be breezy, although gusts for many places are unlikely to rise above 40kmh.

However, be aware of likely strong gusts of up to 70 or even 80kmh in the northeast of the North Island, Wellington and around Cook Strait, along the Kaikoura coast and on the western slopes of the Southern Alps.