Temperature trends – It is what it is 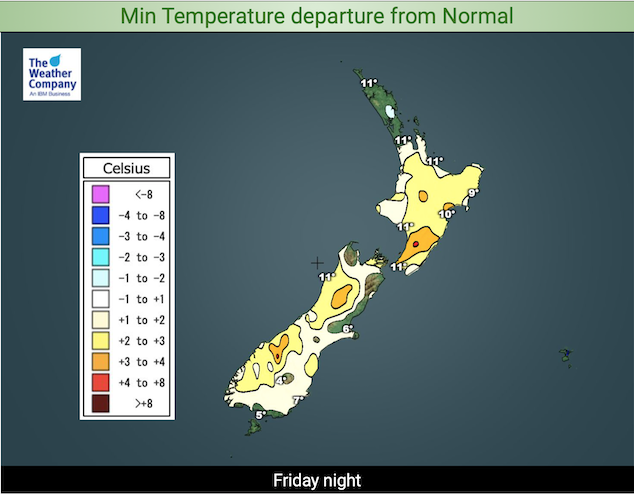 Wish there was some extreme temperatures I could talk about for overnight tonight but there’s nothing really of note to go over. The east coast of the South Island gets the coolest temperatures between 5 and 7 degrees generally, some inland spots may get down to around 2 degrees by dawn on Saturday. A smattering of 11’s for the North Island tonight and Westport.

Warmer than average for most tomorrow, it doesn’t mean it’s going to be brilliantly warm it just means that compared to where we would normally sit at this time of year it’s a bit warmer than that. However the east coast of the North Island is an exception with temperatures in the low 20’s possible and that is quite nice, it should be sunny too. Auckland and Northland get up to 17 and 18 degrees respectively, showers push into Northland from afternoon to rain on your parade.