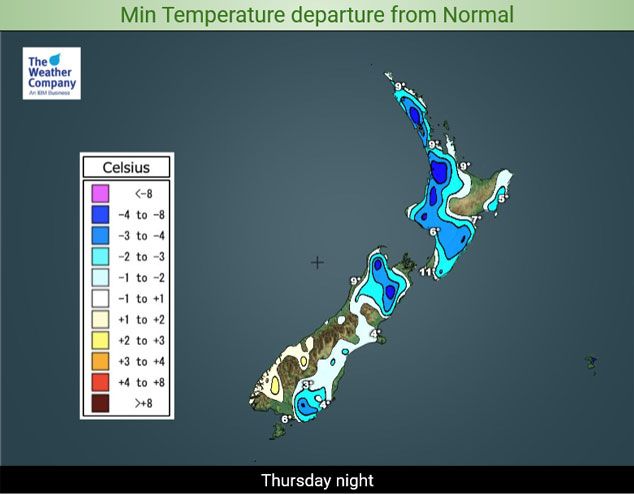 An anticyclone holding onto the North Island tonight brings cooler than normal temperatures to some especially in the west. Frosts should just manage to keep away but it will still get down to 1 degree for example about the Central Plateau. Some cloud cover and the odd light shower keeps temperatures about average for Bay Of Plenty.

Inland parts of the South Island get a light frost getting down to between 0 and -1. Very cool temperatures are likely for some eastern spots too with Christchurch hitting 1 degree overnight.

Winter or at least the cold blast we just went through certainly disappears on Friday as northerlies ramp up. Warmer than normal for eastern regions especially the South Island’s east coast. High’s reaching into the late teens for many. Northland, Auckland and Hawkes Bay / Gisborne reach into the high teens also.