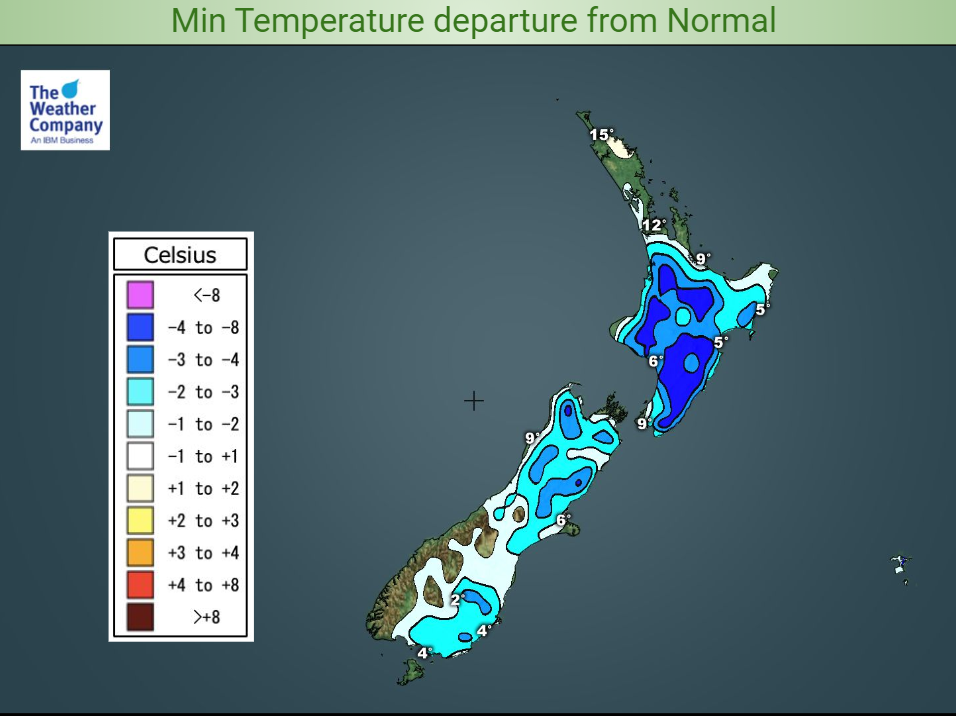 Some subtle shifts in the pressure pattern over New Zealand in the next 24 hours will affect where the coldest and mildest parts will be as the week draws to a close.

Tonight the coldest temperatures move more into central and southern regions of the North Island.

Clear skies under our anticyclone will cause overnight minimums to drop as much as 5degC or more below the late May average, with frosts likely, especially in sheltered places.

Night-time temperatures will also be cold with likely frosts throughout much of inland Marlborough, Nelson, Canterbury and Otago, although they will only be a couple of degrees below normal.

Low cloud or fog patches along the South Island’s east coast will help keep temperatures a little higher there and closer to average.

Increasing cloud and/or wind across the far southwest of the South Island, and north of about Auckland will ensure tonight is about average temperature-wise there.

On Friday, afternoon maximum temperatures will be pretty much average or a wee bit above for most.

Inland areas of both islands could well be a few degrees warmer than average, but closer to the coast, especially the Canterbury coast, persistent cloud may keep it rather chilly.

Rain or thick cloud in the northern part of the North Island will mean fairly average late May maxima, at the lower end of the high teens.