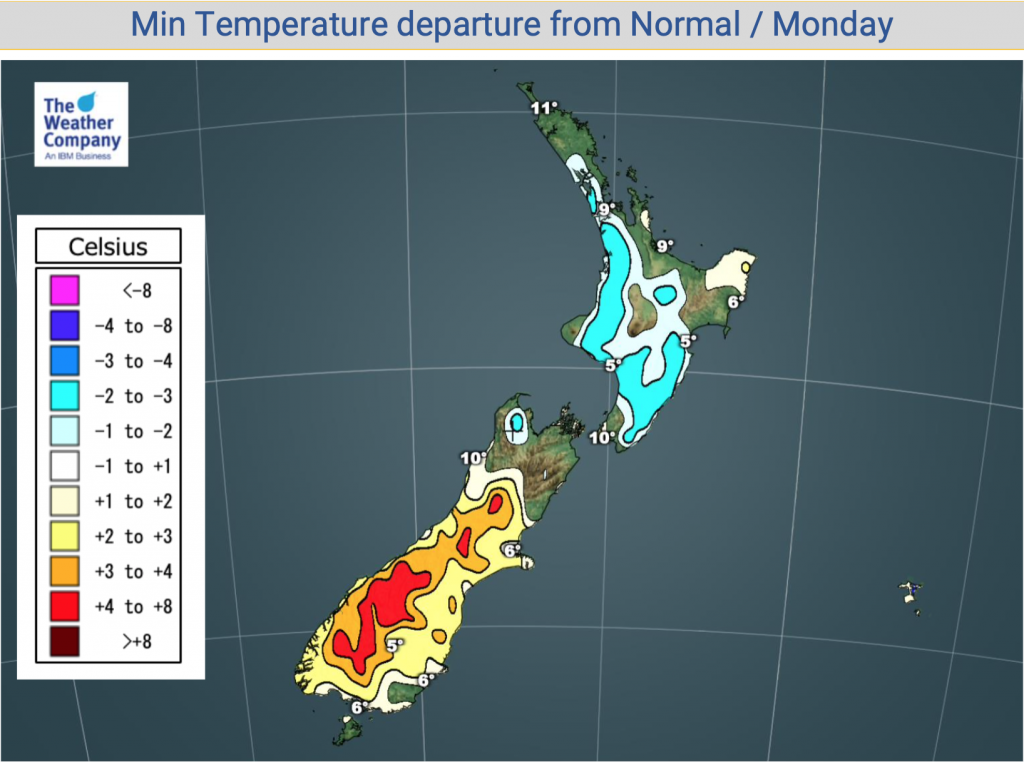 Very much a warmer than average day for all of New Zealand on Tuesday, highs getting into the mid teens for most regions. The top temperature will likely be about Kaitaia on 19 degrees