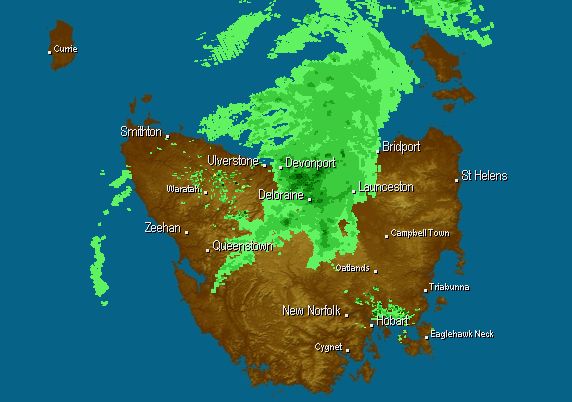 Tasmania’s east and north coasts have been inundated with the heaviest rain in up to 49 years.

Northeast Tasmania has received scattered falls of 100-300 mm in the 24 hours to 9am on Thursday, thanks to a deep low pressure system moving over the state.

Gray picked up a tropical like downpour of 327mm to 9am today, which is the highest daily rain since at least 1998. This comes after a previous daily total of 125mm, bringing the 48 hour rain total close to half a metre.

This low pressure system has now brought flooding rain to coastal NSW, eastern and Central VIC and now on to Tasmania. The South Esk and St Pauls Rivers have exceeded their major flood levels from Wednesday.

The low will move offshore today bringing strong and gusty southwesterly winds through until tomorrow.

The heaviest rain has already fallen, with a further 20-40mm of rain expected over the interior and east today, before rain tends to isolated showers on Friday.

The same low will also bring wet weather to New Zealand this weekend with MetService indicating rain warnings are possible along the West Coast, Taranaki and possibly East Cape.