Home > News > Tasmania about to be blasted, South Isla...

Tasmania about to be blasted, South Island of NZ gets a turn on Saturday (+6 Maps) 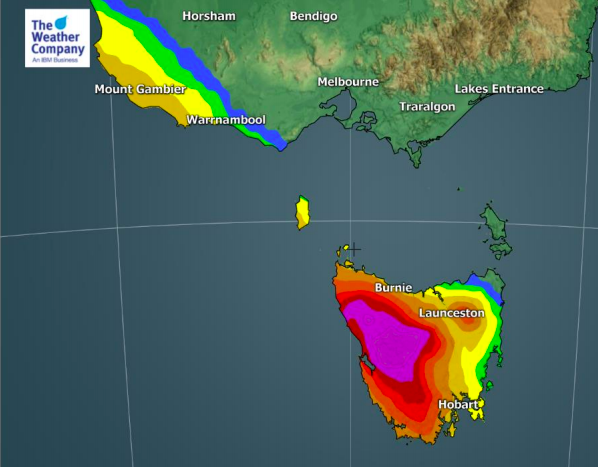 An intense cold front will hit Tasmania with heavy rain from this afternoon and into Thursday morning. Heavy rainfall will be enhanced on the western side of the island because of the strong westerly winds and the blocking effect of Tasmania’s mountains (which should see some snow).

Western and northern coastlines will be exposed to strong northwesterly winds ahead of the front. Wind speeds will reach gale force (63km/h) with even higher wind gusts in Tasmania over the next 24 to 36 hours.

The amount of rainfall during the passage will be warning level in western Tasmania. It may reach 100 mm inland. Flooding along rivers is possible in this area.

Meanwhile, in New Zealand, it’s fairly calm for the next couple of days but this surge of wind and rain will reach our shores on Saturday. The South Island will be most exposed to heavy West Coast rain (rain warning possible) and strong to gale force nor’westers (wind warnings possible). The cold front crosses New Zealand this Saturday and Saturday night, clearing New Zealand to the east on Sunday morning.

As you can see below New Zealand is fairly quiet for the next couple of days before this next system hits us. On Thursday showers along the western side of the North Island may turn to rain, with a few isolated thunderstorms out at sea mainly. 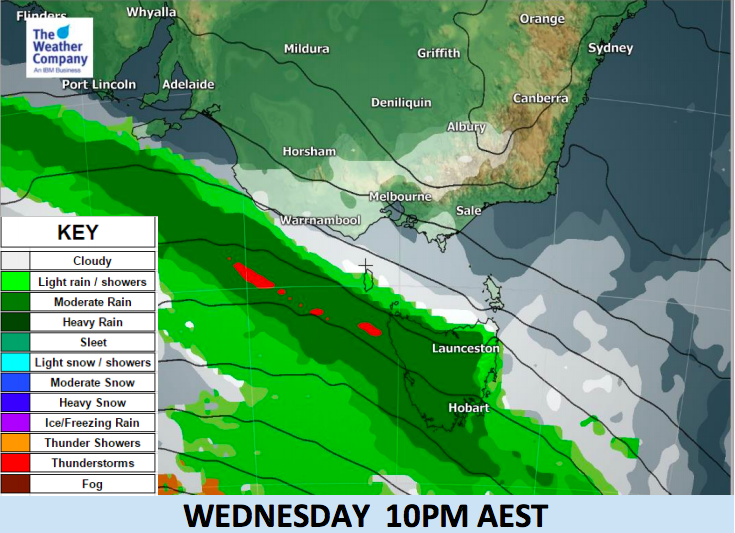 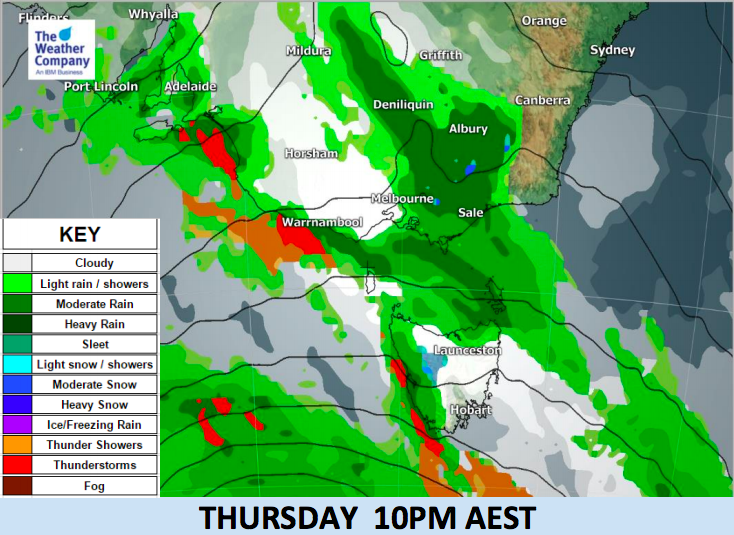 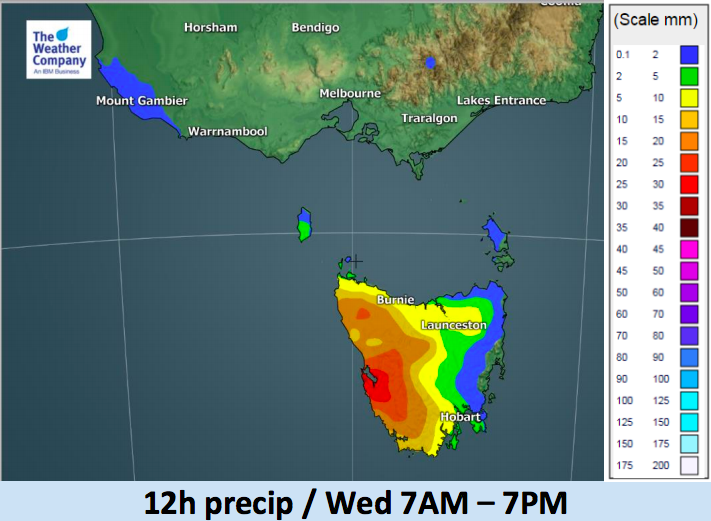 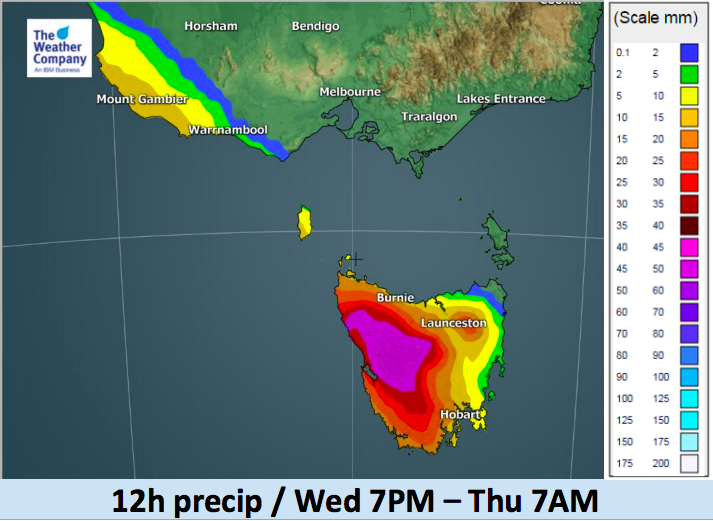 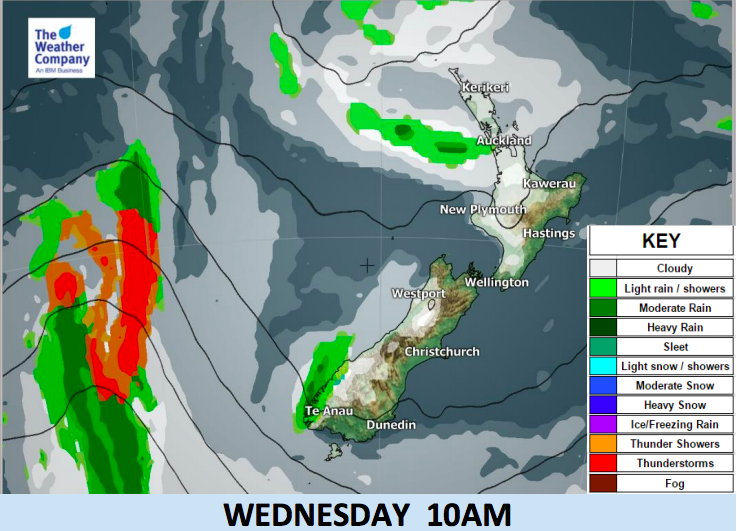 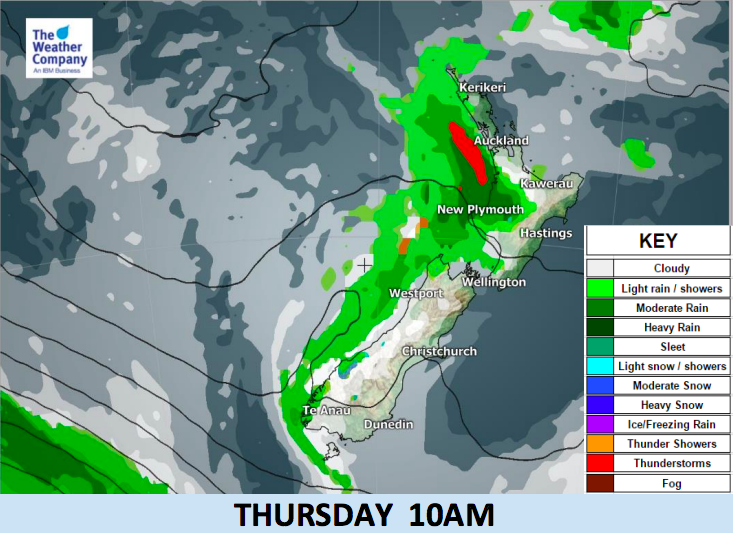