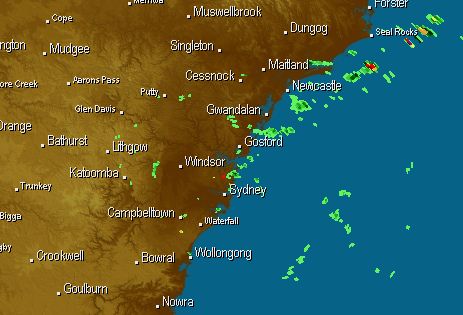 It has taken until March 28th for Sydney to cool below 16 degrees, 87 days into the year, the longest it’s taken in more than 120 years, according to weatherzone.com.au.

The temperature in the city dipped to 15.9 just before sunrise this morning, the first time it has cooled below 16 degrees this year so far.

“In a typical year, early March is the latest Sydney would become this cool,” Weatherzone meteorologist Brett Dutschke said.

“Warm waters offshore and persistent easterly winds delivering high humidity are the main reasons for the late cooling, all helped along by a strong La Nina,” Dutschke said.

“The high humidity finally disappeared early last week after a strong southerly change, which allowed nights to get progressively cooler.”

So far this year, our nights have on average been two degrees warmer than the long-term norm of 18 degrees.

And we might still have a few more nights where we kick off our blanket or doona.

“With above average sea temperatures and La Nina only slowly weakening, we can expect nighttime temperatures to remain a little warmer than normal for the rest of autumn,” Dutschke said.

The average overnight minimum for Sydney at this time of year is 16 degrees. By the end of autumn it is about 10 degrees.