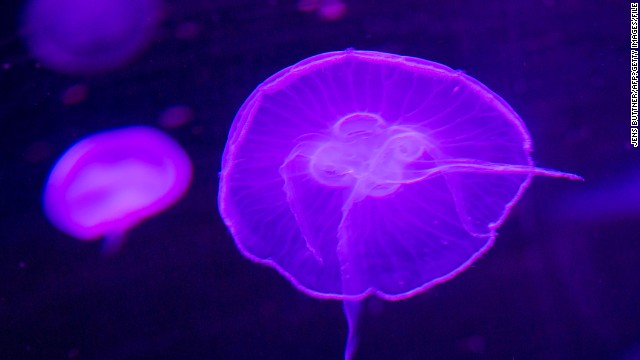 There’s been another shutdown, but instead of spineless politicians, you can blame invertebrate sea creatures.

A large amount of jellyfish inhabiting a cooling-water intake at a major Swedish nuclear plant caused operators to manually shut down production at its largest reactor this week, according to OKG, the company that runs the plant.

“The operations management at unit O3 chose to disconnect the facility from the grid at noon on Sunday due to a large amount of jellyfish present at the cooling water intake,” an OKG statement said. “This decision is a preventive safety measure in order for the unit to not be automatically shut down due to too-low cooling in the condenser.”

OKG did not immediately return CNN calls seeking comment, but numerous media outlets reported that Oskarhamn Unit 3 was back up and running Wednesday.

“Furthermore we have reinforced our clearing system to deal with any future jellyfish invasions,” the outlets quoted OKG as saying in a statement.

The company noted that the cooling water was used to cool steam before it went into the reactor, and the “water has no connection to the cooling of the reactor vessel.”

The plant, located 19 miles north of Oskarshamn on the southeast Baltic coast, is Sweden’s first commercial nuclear plant, commissioned in 1972, and the third reactor went into operation in 1985. It has an output capacity of 1,450 megawatts.

This isn’t the first time the gelatinous creatures have caused problems at a power facility. Since 1999, jellyfish have threatened plants in the Philippines, Japan, Israel, the United States andScotland, according to media reports.

Robotic jellyfish could be undersea spy