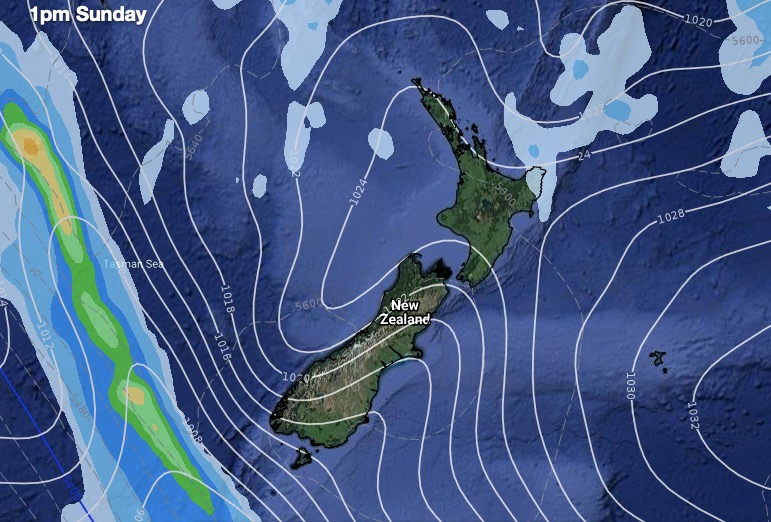 High pressure is slowly sliding off NZ to the east and this is pulling down a milder airflow for most regions.

In the North Island east to north east winds will blow through for many places and some areas may only have light/variable winds, while further south the inland South Island should get north to nor’west winds, pushing places like Canterbury several degrees above the average for this time year.

While these wind flows will push temperatures up above normal for many places by day, a few will still be just a little cooler by night following the southerly from last week.

NZ is mainly dry today but a couple of showers are possible, mostly around East Cape and Gisborne area.