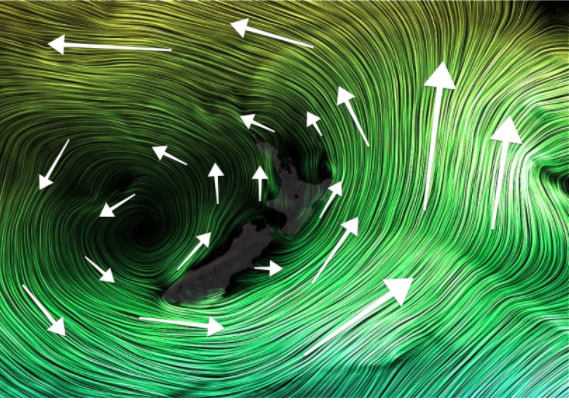 A powerful high pressure zone lies just west of NZ over the eastern Tasman Sea and this means a light southerly quarter air flow will move up the country.

Winds will mainly be south, south west and south east, although a few places may have westerlies. Winds will be light in most places too, although a bit breezier in some exposed parts of the south and east coasts of both main islands.

After a cold start for some places this morning, a fairly mild afternoon is on the way.

To drill down much deeper view NZ’s most detailed forecasts at WeatherWatch and RuralWeather.co.nz – we have every part of NZ covered.