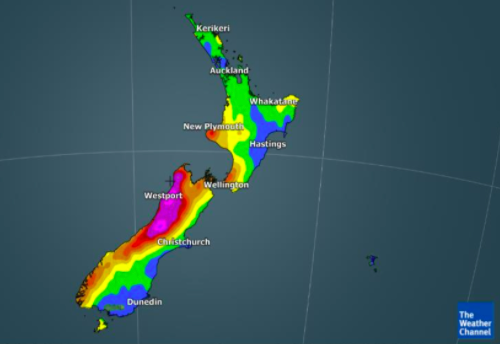 A front slowly moves up NZ today, mainly on the western side and gradually falling apart as it moves northwards.

There could be some heavy falls on the West Coast today, then tonight around Mt Taranaki.

The eastern side of NZ is dry or mainly dry, but some spillover rain from the West Coast may make it across into Canterbury with the chance of a localised heavy fall.

Nor’West winds ahead of the front bring mild conditions with the North Island leaning a little warmer. However the South Island has about normal temperatures for this time of year by day but after that cold front it does get colder with below normal temperatures by tonight.

With the front falling apart over the North Island rainfall totals will be low in the northern half. Temperatures also won’t be taking much of a hit from this particular front in the north. 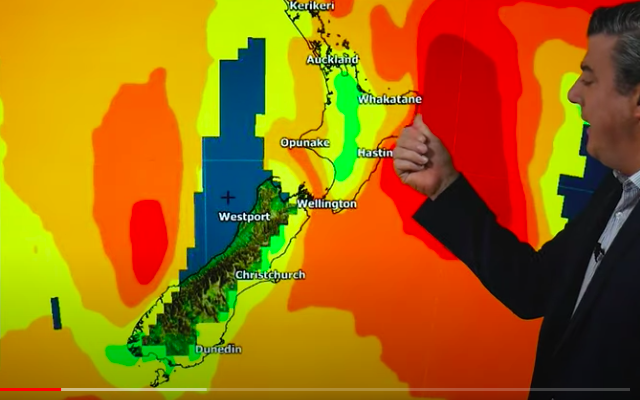 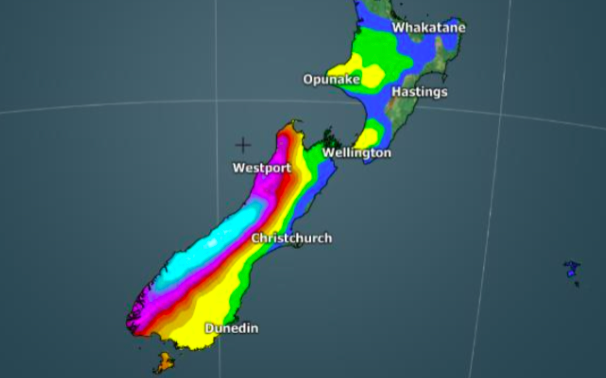 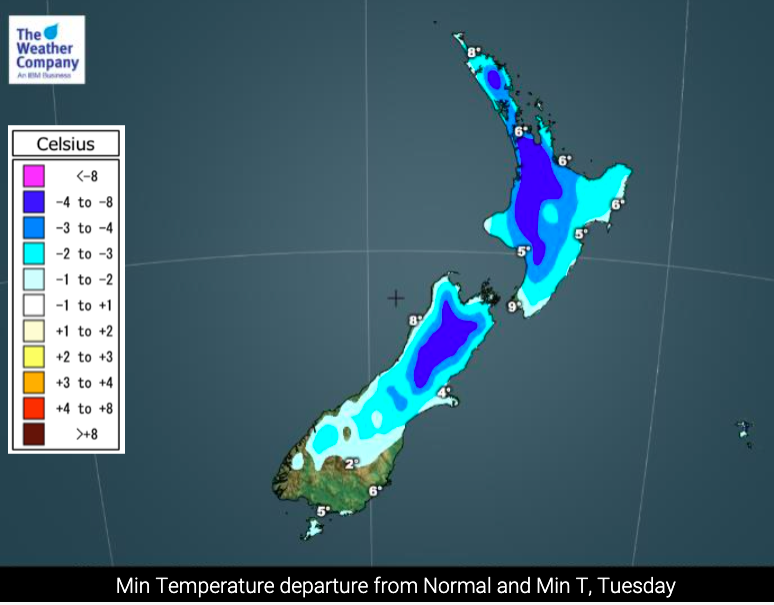