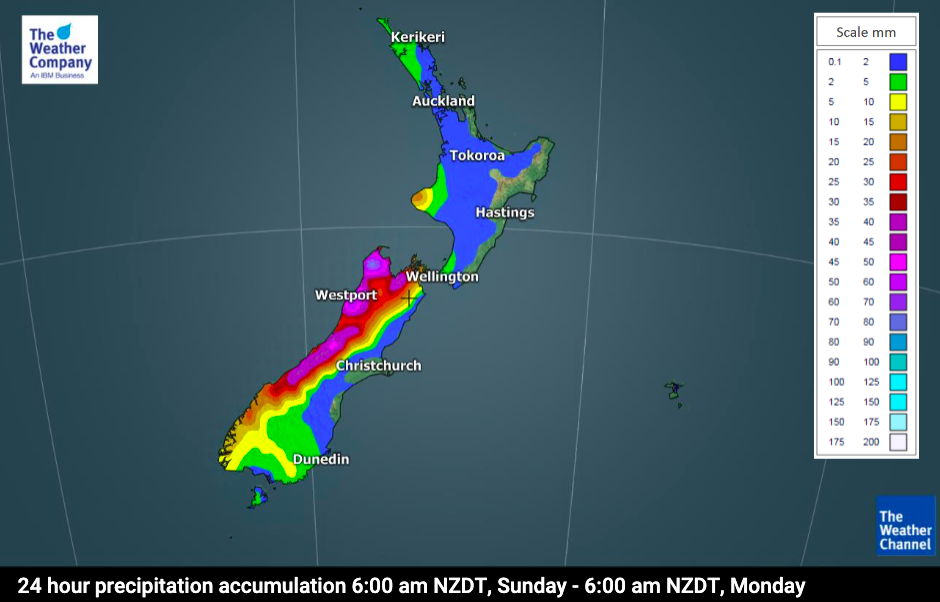 A weak rain band lies along the eastern Tasman Sea/western side of NZ with some heavy falls on the West Coast and perhaps Mt Taranaki, but dry or mainly dry elsewhere with a few showers – especially dry in the east.

A mild northerly flow will be enhanced as north to north west winds move over the ranges, pushing temperatures up in the east. But for those in the very north, despite fairly mild overnight temperatures, the breeze by day off the sea will make for near normal temperatures and cooler in the wind itself.

See your LOCAL and HOURLY forecast for more details and we’ll have more news, maps and a video update out on Monday.