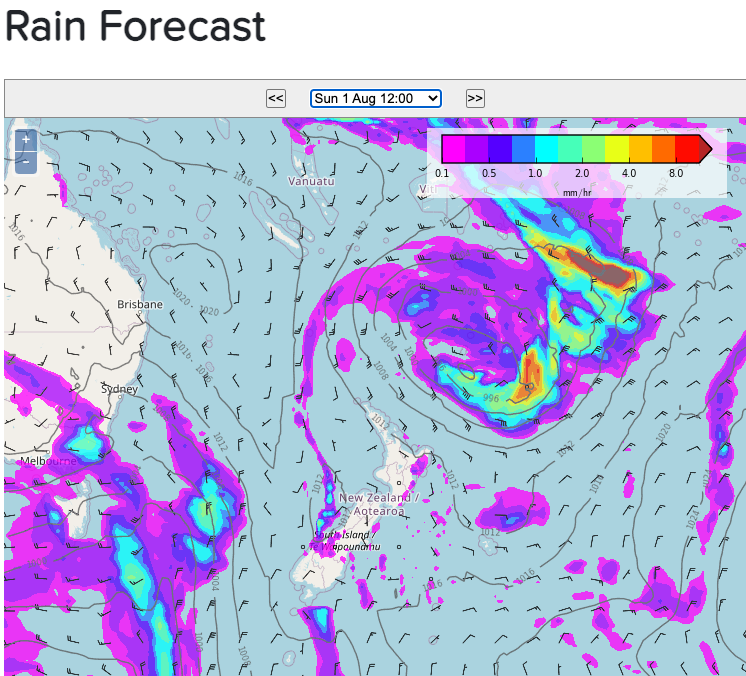 Today is a fairly quiet one across NZ but showers will be in both islands. The bulk of the wet weather will be around the West Coast and and the lower half of the South Island (including eastern areas up to about Canterbury).

A few early isolated heavy falls are possible in the lower South Island.

In the North Island a few showers will fall along the east coast from Wairarapa to Gisborne.

Most other places are completely dry or mostly dry.

Winds aren’t too strong in most regions but SE winds may be a bit brisk in the upper coastal North Island to the east.

Temperatures are fairly mild in most places today for this time of year – but cooler air is now moving into the lower South Island.

Check your HOURLY hyper-local forecast at WeatherWatch or via www.RuralWeather.co.nz.