Sunday’s forecast: Wet in the NI with a cooler southerly for many, except the very north (+8 Maps) 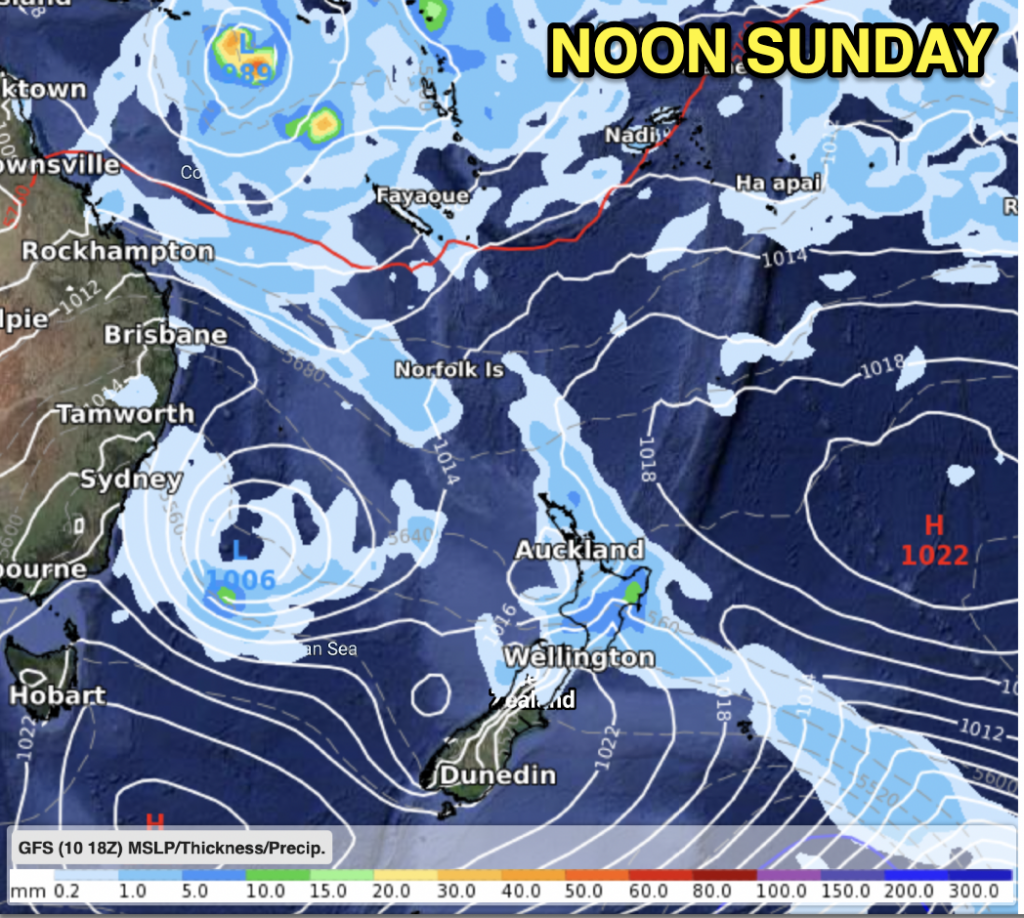 Overnight lows tonight in the upper North Island will again be in the late teens and early 20s, but today the daytime temperatures will be a little lower than the past few days due to thicker cloud cover and rain moving through.

There’s also a cooler southerly moving through with temperatures well down on Saturday in places like Hawke’s Bay. Napier will drop from 30 on Saturday to a high of 18C today. This southerly won’t reach the upper North Island, so sorry those overnight lows remains tough to sleep in for many.

But the South Island is much cooler than it should be – Christchurch is even colder today, only reaching 14C as a forecast maximum and Dunedin just 13C.

Auckland has a high of around 23C, which is down by a few degrees on previous days, but tonight’s low is still around 20C.

Rainfall totals vary across regions today – so for the most accurate hyper-local rainfall estimates where you are, see the hourly and daily rainfall totals at RuralWeather.co.nz, or your daily totals at WeatherWatch.co.nz.