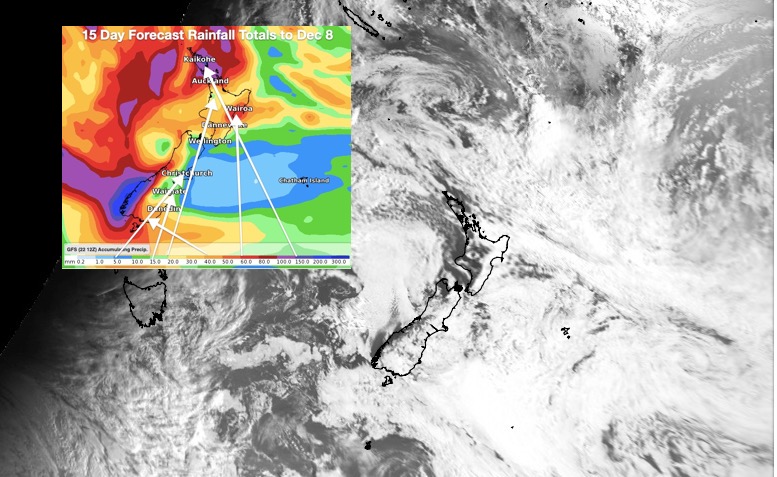 Think it feels like summer already? That’s because summer weather conditions have arrived early in most parts of New Zealand this year. Our location in the South Pacific halfway between the equator and Antarctica means each year our seasons can be timed differently weatherwise.

We also see a lot of extra high pressure rolling in for the rest of November and the start of December. This also helps confirm the drier, warmer, set up is in no hurry to leave just yet. Some rain events are coming up long term, most likely in the very upper North Island and the lower West Coast.

Of course, not everyone is experiencing this early summer weather every day of the week. The lower South Island is still getting colder changes and nationwide last week we had a couple of colder nights. This weekend the lower South Island has a wetter, briefly colder, change. But the trend now is to see more warmer than average and drier than average days for most places for the end of November and the start of December.

Rainfall: Over the next two weeks highest totals to be in the very north of NZ and the lower West Coast. Southland and even Hawke’s Bay also have some additional wet weather (although some may be inland downpours over the ranges only). Many other areas are leaning quite dry, especially the upper and eastern South Island which has very little rain over the next two weeks.

Temperatures: Many places will be in the 20s with some inland in the mid to late 20s at times this week. A brief cool down arrives in the lower South Island this Saturday but may only last one or two days, along with bringing in some rain.