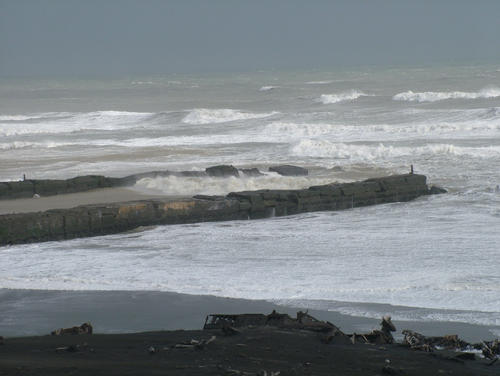 Summer continues to slowly develop but a resurgence of spring weather means the more traditional summer weather we like to demand early may still be a few weeks off yet.

WeatherWatch.co.nz head weather analyst Philip Duncan says that means more wind from the south or south west and a general increase in windier weather.  “We aren’t going back to the very stormy start of spring but certainly the changeable and windier weather, which is more typical of spring, is making a come back this week and into the first week of summer”.

Mr Duncan says the changeable weather will continue for the next couple of weeks at least – but he says that may in fact boost summer weather conditions for some regions.  “Eastern areas of the South Island are likely to reach the mid to late 20s at times, maybe even 30 degrees, however in true spring fashion colder, brief, southerly changes will help balance things out”.

“In the North Island western regions can expect the cloudier weather to continue while eastern areas will be dry and hot at times – but still with brief showery and cooler changes”.

In a nut shell – hotter at times in the east but cloudier and cooler in the south and west.

WeatherWatch.co.nz says conditions, for the most part, will remain drier rather than wetter as the majority of rain makers miss New Zealand.

“While the majority of New Zealanders will celebrate the start of summer this Saturday there will still be many who will wait until the longest day of the year, which is a few days before Christmas, to mark the official beginning of summer.  Those people may have it right this year as the true, settled, summer weather is still a few weeks away at least” says Duncan.

Hi Phil,
When you talk about west & east of the North Island what areas do you actually mean? I know you refer the east mainly to Gisbourne, Hawkes Bay & BOP but what others are included here.
Living in Whangarei I am never sure just what parts of Northland would be included when you make predictions as per this article.
I am of the feeling that the whole of Northland is regarded as West.
Can you enlighten me please. Thank you.

Whangarei and bay of islands,would have some sheltering from west in NW conditions and some anticyclonic SW gloom flows but in general SW flows and most W flows its almost as exposed as the west.

Thanks Phil, I am somewhat more clear in my mind now so can interpret your weather info much better.
Also from SW you are quite correct with your comment, especially the gloom bit that so annoys me for a few Km’s down the road it is sunny & clear.

only had about 12mm in last 3 weeks here in rotorua,not unusually dry,as november is traditionally a dry month, but a real worry going into summer. December can be a good month for us rainfall wise,so our fingers are crossed

Dryness about average,tired of the never ending wind and cloud in Auckland but thats typical at least 3 or 4 months every spring/summer.

Never ending cloud? the last half of November has been baking in sunshine!