Stronger winds may be on the way 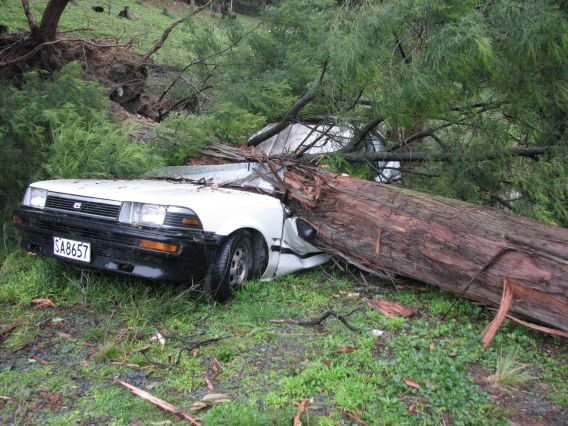 While it’s been a windy 24 hours across the country even stronger winds may be on the way this weekend.

WeatherWatch.co.nz has increasing confidence that a deep low will form south of New Zealand on Sunday and press against a large anticyclone in the north.  The isobars, which indicate the air pressure gradient, are likely to be packed tighter than the past 24 hours indicating severe gales may affect more populated places in the east from Southland to Hawkes Bay around Sunday and Monday.

MetService is also watching the low closely with “moderate confidence” already for severe gales in the same regions over the same time period.

WeatherWatch.co.nz says the system is still a number of days out but weather models over the past 48 hours haven’t shown much change.  We’ll have more on this next system during Thursday and Friday.

Meanwhile clouds are again gathering in the Tasman Sea this afternoon with rain expected to sweep over the country tonight.  Once again there’s a risk of thunderstorms along the entire west coast but especially across the South Island and Taranaki.

The thunderstorms aren’t likely to be as widespread or as regular as they were last night.

Gusty winds will remain tomorrow with conditions easing on Friday or Saturday before the next system quickly moves in on Sunday and Monday.