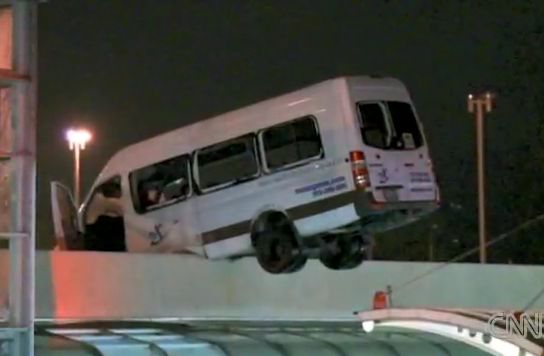 A strong tornado damaged parts of an airport in St. Louis when it hit Friday, officials said.

Two people were transported to nearby hospitals with injuries, and others were treated at the airport, KSDK said.

Passengers were hit with flying glass and debris as the twister ripped off part of the roof in the airport’s C concourse, the station reported.

The National Weather Service said authorities believe the tornado was on the ground for several miles and observed the twister from a tower at the airport.

KSDK reported that the storm also blew the steeple off a church and forces authorities to close highways.