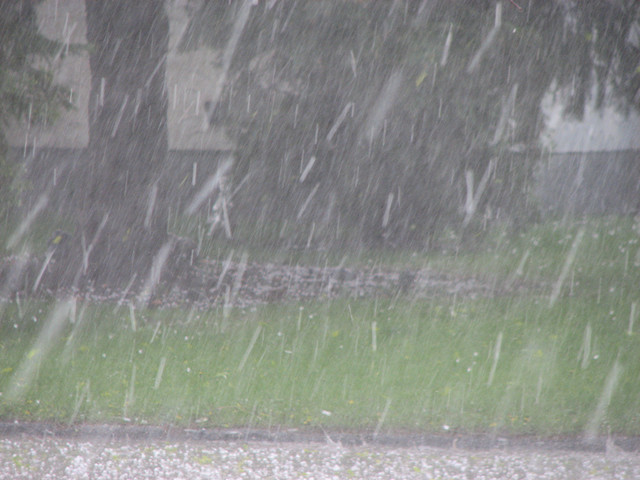 Strong winds have caused damage to a roof under repairs at a Dunedin home, the Fire Service says.

The roof was being repaired so parts of it had not been secured and became loose in the wind, he said. No one was hurt.

A severe thunderstorm watch for Christchurch, Canterbury Plains and North Otago was issued by government forecasters – notifying residents of a wet and grim end to their weekend.

With large hailstones expected, farmers should watch out for their crops, orchards, vines, glasshouses and vehicles.

A respite in the severe weather was expected early evening, with thunderstorm activity forecast to ease.

Looks like you missed that weather event WW.  It was impressive and Stuff has some great pics up.  Do you still have that guy living around Mt Somers giving you info?

We certainly didn’t miss this event. It was forecast since early this morning. Our Christchurch forecast reflected the storm as it moved northwards over the city.

I’m the one who lives in Mt Somers and have been working for WeatherWatch.co.nz forecasting 6 days a week for over a year and a half.