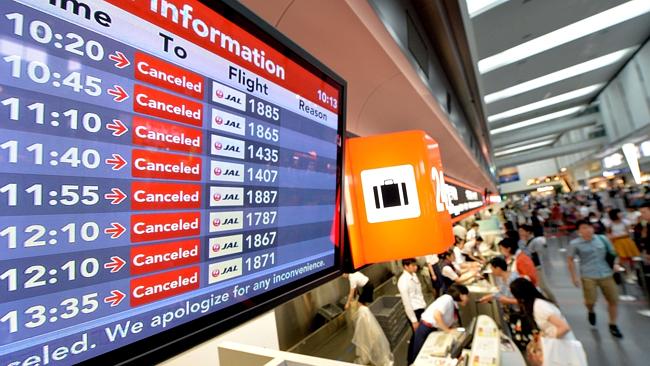 A tropical storm was moving out into the Sea of Japan last night after lashing the country with rain and winds, leaving one person dead, more than 50 injured and prompting evacuation alerts for about 1.2 million residents near swollen rivers.

Japan was also shaken by a magnitude-6.1 earthquake that struck off the northeastern coast near Aomori.

There was no danger of a tsunami, and no damage or injuries have been reported.

Originally a typhoon, Halong was downgraded to a tropical storm as it approached the southwest coast and made two landfalls – over Shikoku Island and Hyogo prefecture in western Japan.

It was on track to lose strength in the next 12 hours.

Japan’s Meteorological Agency issued the highest alert for heavy rain in Mie prefecture in central Japan, prompting two towns to order about 570,000 residents to move away from swollen rivers.

Another 600,000 people were advised to evacuate across the country.

Meanwhile, Hurricane Julio weakened as it neared Hawaii, where a rural swath of the Big Island was still coping with power outages and downed trees in the wake of Tropical Storm Iselle.

On the island of Kauai, rescuers found the body of a 19-year-old woman believed to have been swept away in a stream while hiking in a closed state park during a tropical storm warning.

Julio, which was downgraded to the least powerful Category 1 level, was expected to pass roughly 255km northeast of the islands at its closest point and linger near the state.

Sam Houston, a forecaster with the National Weather Service, said Julio’s winds had weakened to about 148 km/h.

The storm swept through the islands without causing widespread disaster.

Tourists in Oahu and other popular parts of Hawaii got back to their beach holidays and residents lined up to vote in primary elections.