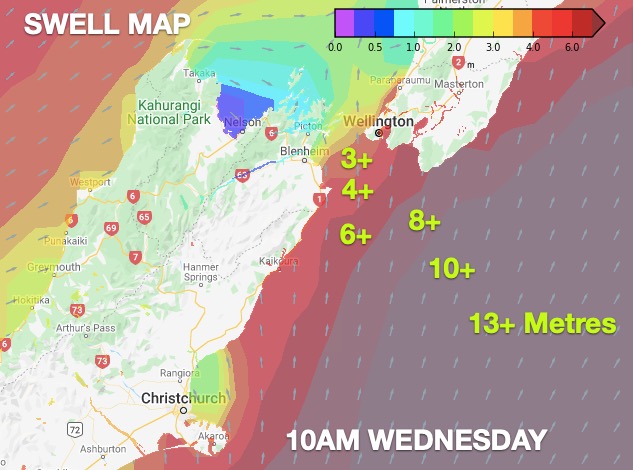 The big storm south of the Chatham Islands sent a damaging storm surge into Wellington this morning, flooding some coastal streets and causing damage.

WeatherWatch.co.nz says the swells peaked around high tide which was at 11:08am.

WeatherWatch.co.nz recommends people avoid beaches in the south and east of the country today, and the east of the North Island on Thursday.