Spring winds to surge next 48 hours across NZ (+4 Maps) 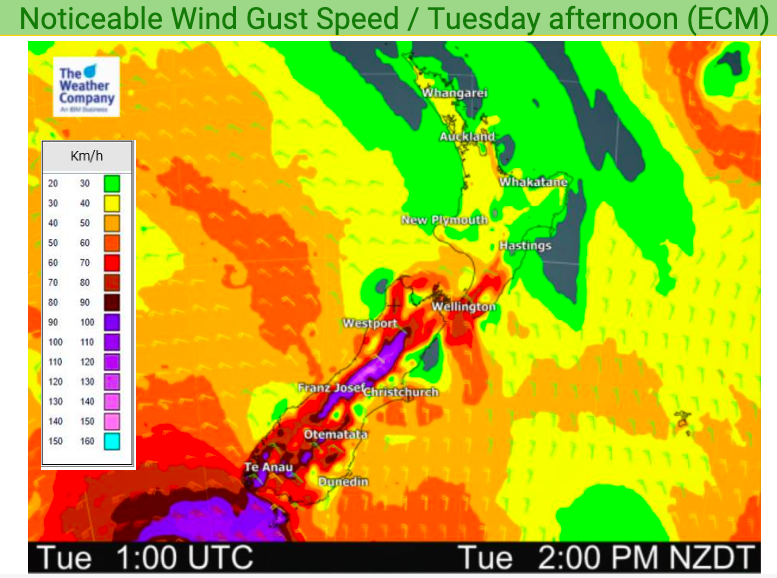 High pressure lies north of NZ, a low lies just south of NZ and the windy spring westerlies are blowing in between.

Across Tuesday those gales increase in exposed hilly areas in particular and some coastal extremes.

On Wednesday blustery winds move into Auckland and eastern parts of the North Island. While gales are possible, severe gales are not currently in the forecast for the north.

MetService has wind warnings (and other warnings) which you can all now find at WeatherWatch.co.nz: www.weatherwatch.co.nz/maps-radars/warnings/metservice

For local details refer to your hourly forecast at WeatherWatch.co.nz (now with improved wind direction arrows). Or head to RuralWeather.co.nz to see wind graphs for your local area.

Winds ease again later in the week before another surge comes in on Saturday. Spring in a nutshell basically!