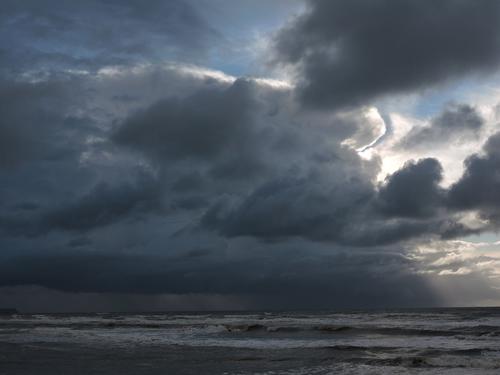 The country is being pounded by stormy weather as a spring storm brings a cold air mass, forecasters say.

“Most of the county has had plenty of heavy showers and also thunderstorms and hail,” crown meteorologist Mariken van Laanen said.

The wintry blast will ease slightly tomorrow, but there was still a chance of thunderstorms and heavy showers for most of the North Island and the top of the South Island, she said.

WeatherWatch.co.nz analyst Philip Duncan said Auckland would be hit hard today by the storm that had moved in from the Tasman.

Heavy showers, hail and thunder were due to hammer the region, he said.

“However due to the fast moving nature of these showers, the risks for serious flooding are minimised.

Winds from the west would rise to gale force at times and might be damaging.

“Saturday we’re looking at rain for most of the country, especially in the western areas.”