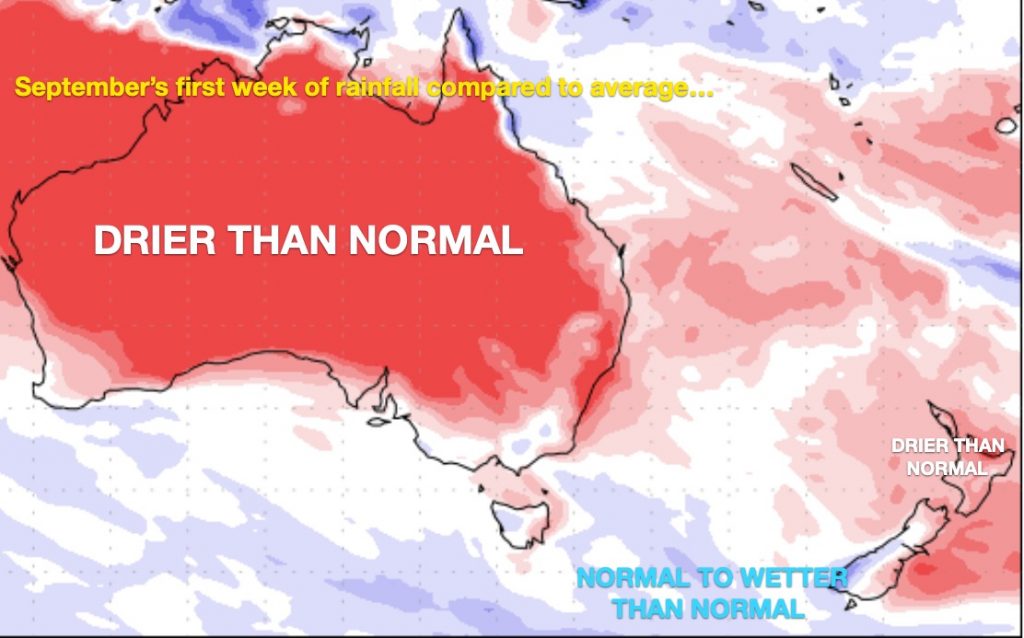 Winter officially ends on Monday August 31 on the meteorological calendar and a classic spring front will be moving in later that day and into September 1 with a cooler change.

This will see a burst of showers, snow on the ranges and a temperature drop for Tuesday and Wednesday.

However beyond this, high pressure belts return and they are big and solid from Australia. After August saw rain falling back in Auckland due to a number of lows and lifting water storage levels, now September may see those water levels start to lower a little again. It’s important Aucklanders do not lose sight of conserving water.

The high pressure belt is likely to bring drier than normal and calmer than usual weather into many parts of New Zealand for the first several days of September while the West Coast has the highest chance of normal rainfall and Southland looks to be showery at times.

September’s first weekend may also have sub-tropical airflows moving back in to some parts of both islands, including Fiordland, Southland, Otago and Canterbury.

Map: Red = Drier than average. White = Normal rainfall for this time of year. Blue = Wetter than usual. Data via US Government, with thanks.