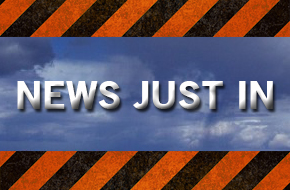 Dozens of Eyewitness Reports — WeatherWatch.co.nz has received many reports of a spectacular fireball across the lower South Island city of Dunedin – but also right across the South Island.

At first we thought it was a meteor, but just after 7:30pm we contacted the media to let them know we thought this may have been space craft debris or a satellite. Why? Because it appeared to be travelling far too slow in a video posted on the NZ Herald website.  Meteors can’t usually be captured with an iPhone camera unless you’re already rolling – as they flash by very quickly. Man made space debris, however, travels far more slowly when entering earth’s atmosphere (space craft debris and satellites etc orbit the earth much slower than a meteor coming into the atmosphere).

Now those doubts have been backed up by a former Astronomer who the Otago Daily Times interviewed this evening. You can read the full story and see more video here.

Meanwhile Stuff.co.nz is reporting the space debris may be from the International Space Station (ISS).

Our Meteors page, which usually receives 10 to 20 worldwide reports a day has received several dozen reports tonight from New Zealand alone, mostly Dunedin and Otago but more are coming in from further afield.

“I just saw a huge streak of light in the sky north of Dunedin. something entered the atmosphere then created a big tail behind it. at one point it got brighter and later broke into smaller pieces. Ive never seen anything like that before” from Steven in Dunedin.

An anonymous eyewitness in Palmerston, Otago also reported a bright light at the same time. “Driving throughout Palmerston, NZ around 6:30pm. Saw a bright orange light in the sky with a tail. Lasted for almost a minute, headed towards the ground. I’m guessing meteor, my friend thought rocket, what was it?”

Hugo wrote “1830hrs, walking back to the hotel in city Center Dunedin i noticed a white hot meteor fly over in a north east direction, moving rather slow and burning bright with a visible smoke trail and pieces breaking off. Can anyone corroborate?”.

Another Dunedin resident wrote: “a large distinct object like a fireball trailed across the sky in the northern view from Dunedin at 6.28pm. It lasted at least 1 min I estimate. It bigger and slower than any comet I have seen. What was it? Was it satellite reentry? Any else see it?”