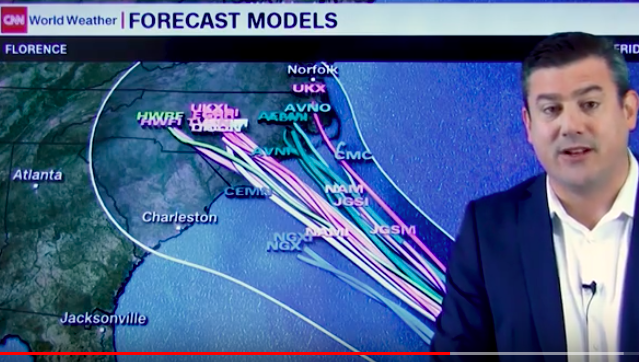 WeatherWatch.co.nz is tracking a major hurricane which is today Category 4 and is heading directly towards the eastern United States. Hurricane Florence may become the strongest storm to hit the eastern United States in almost 30 years and already mandatory evacuations are underway in the Carolinas with authorities tomorrow reversing major interstates so all traffic leads inland and away from the eastern coastline.

We have an extensive weather update on Hurricane Florence.

Back home in New Zealand and the weather over the next few days isnâ€™t too dramatic but we will see windy westerlies kicking back in and this will ramp up the temperatures this weekend as they tilt more norâ€™west.

Expect highs in the low to mid 20s for eastern regions later this week and weekend, itâ€™s possible! Heavy rain for Fiordland in the days to come but most other regions look drier than usual for this time of the year.