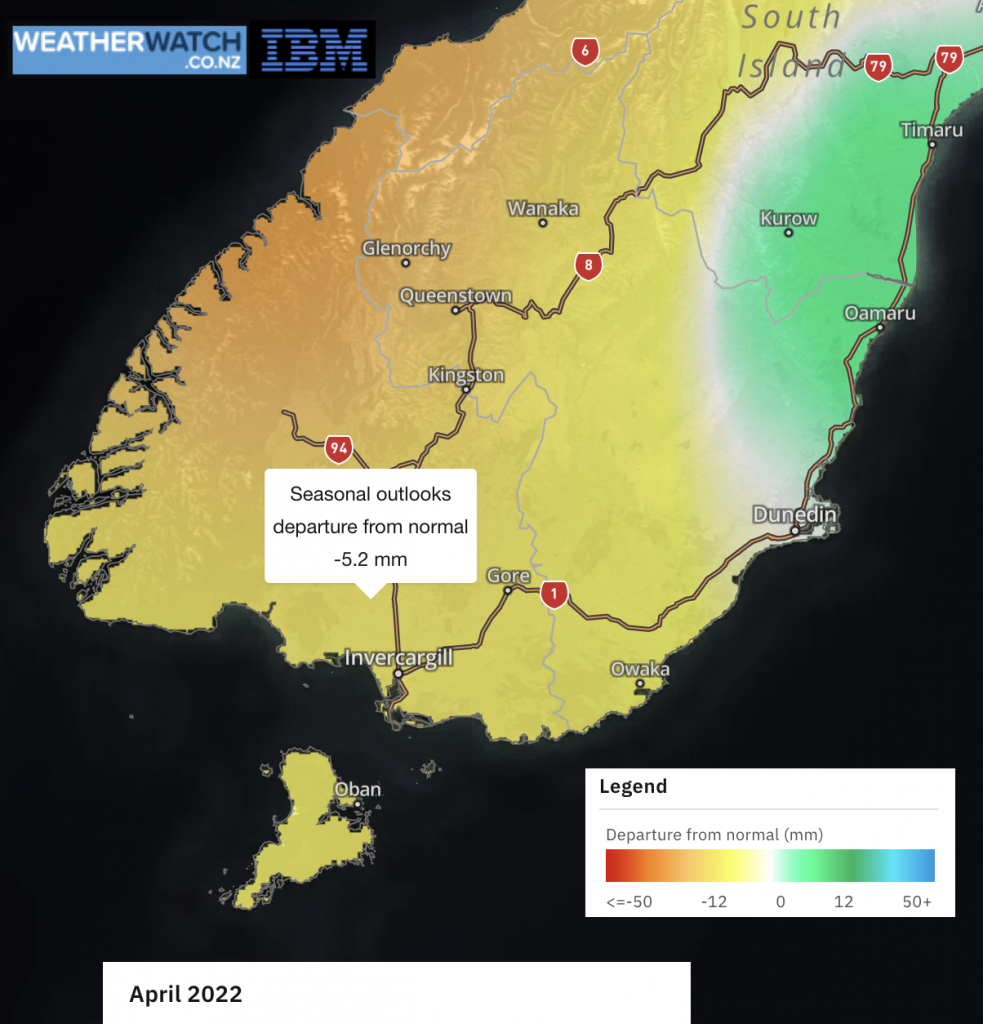 High pressure is dominating the lower part of New Zealand this year, basically putting Southland into drought and extra heat has also dried the ground out further.

Short term (next few days) we have a few showers on the way but totals are from just 2mm in the east to 15mm in the west. It’s not going to make any real difference to the overall big dry that is now set in.

There will be some wet weather in the mix – but how much falls is the key question. Five days with showers isn’t as good as one day with heavy rain, for example.

WeatherWatch.co.nz will have our next ClimateWatch forecast (for the month of April and beyond) out this Friday morning – and this will paint, in detail, the weather patterns most likely around New Zealand coming up. We’ll be updating these Southland maps again then too – with longer range April rainfall maps to look for any better rainmakers than we’re currently seeing.

Despite a cooler change on Friday, the long range forecast is for temperatures in Southland to remain above normal, but we are now at that time of year where the top temps start to drop. Warmer than average weather is still forecast for the month ahead overall.