South Australia has taste of summer 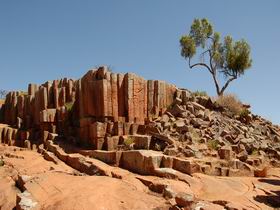 Last night brought little relief for locals after the recent early Spring warmth. Parts of the state had the warmest September night in up to 10 years.

Adelaide also was amongst the warmth.Last night it was balmy and only dropped 6 degrees from its daytime maximum to a low of 19. It was the warmest September night since 2004 and 9 above the average. At Parafeild Airport it dropped to 18 degrees which is 10 above the average and the warmest for September in a decade.

Cooler temperatures are now moving in behind a front with a high expected today of 19 degrees.
Our warmest temperatures today appear to be in some northern and eastern areas but nothing compared to our Aussie neighbours.
WW and Weatherzone