Home > News > Some settled weather on the way later th...

Some settled weather on the way later this week? 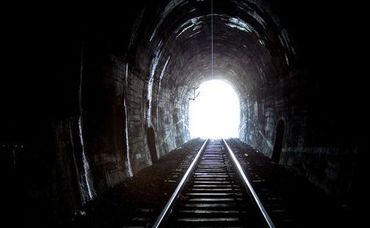 After what has been a fairly changeable period there may be some settled weather on the way towards the end of this week which will be a relief for some, weather forecasters included.

For todayâ€™s weather check out this morning national
forecast here.

Tuesday sees a ridge move over New Zealand bringing some settled weather for a time, southwesterly winds ease across the North Island with mostly sunny conditions. In the South Island expect an increasing northwesterly airflow, cloud builds in the west with showers moving in later. Mostly sunny and warm out east with
northwesterly winds developing, some high cloud too.

Most northwesterly airflows mean a southwest change is on the way and thatâ€™s what happens on Wednesday. For the North Island expect increasing cloud from morning with northwesterly winds freshening, most see a period of rain push through in the afternoon as winds change southwest.

For the South Island, morning rain on the West Coast eases to showers then clears. Any early cloud clears on the
east coast, mostly sunny with southwesterlies dying out early on. Any early showers clear about Southland then expect sunny spells with westerly winds, showers move in again later in the evening however and push northwards up the West Coast and into Otago overnight.

On Thursday things are starting to calm down, a southerly airflow will bring periods of cloud to eastern parts of
the South Island Canterbury northwards, a risk of a light shower or two is possible also. For the lower South Island and along the West Coast expect mostly sunny weather to develop in the morning. Mostly sunny across the North Island, west to southwest winds.

Finally on Friday an anticyclone brings mainly settled conditions with light winds and sea breezes for most, there may be an isolated shower about some inland North Island areas in the afternoon otherwise a dry day expected.