Snowstorms cause chaos across Europe 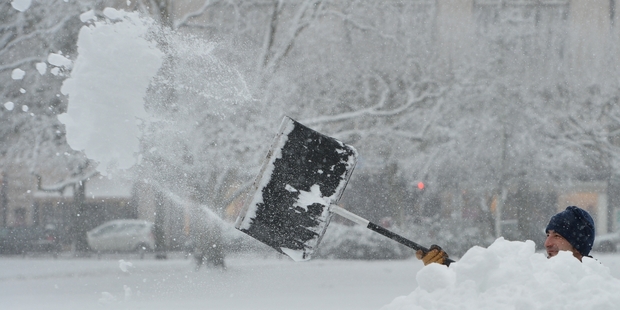 Snow and icy weather swept through parts of Europe, stranding drivers and leaving thousands of homes without power in Britain.

Heavy snow in the French Alps has left 15,000 drivers stranded, prompting officials to open emergency shelters and urge travellers to stay at home.

Snow also covered parts of Switzerland and southwestern Germany, and more than 20cm of snow has fallen in higher parts of Germany’s Black Forest. Snow and ice led to a roughly 20km traffic jam on the A8 highway near Stuttgart in southern Germany.

Parts of Germany’s south and west received more than 10cm of fresh snow.

Many motorists in Britain were forced to abandon their cars or were trapped in vehicles for hours after becoming snowed in. Dozens of people travelling from Sheffield to London spent the night in a church after their bus became stuck.

The snow and ice hit as a rush of holidaymakers were heading to or leaving ski resorts in the Savoie region in southeastern France, where authorities set up shelters in at least 12 towns.

The snow and freezing rain caused the death of a 27-year-old man whose car slid into a ravine in the Belledonne mountain range.

France’s Interior Minister, Bernard Cazeneuve, urged drivers “to exercise the utmost caution” and asked those who could delay their trips to doso.

The country declared an orange weather alert – one step under the maximum red – in 19 districts.

Elsewhere in France, high winds wrought havoc for holiday travellers. Storms with gusts of up to 160km/h forced the temporary closure of the Channel port of Calais and the suspension of ferries to Britain.

Strong winds also forced the closure of the gardens at the chateau of Versailles near Paris.

The snow was welcomed in the French Alps, which have seen hardly any since the start of the ski season. With up to 60cm predicted this weekend above 2000m altitude, one of the busiest holiday weeks of the year looked more promising – if drivers could reach the mountains.

In Britain, there were power failures in more than 100,000 homes and airport delays. Western Power Distribution said 36,000 customers were without power, and a further 69,000 had short interruptions to supplies.

The heaviest snow was in Leek, in the Midlands, where 11cm fell.

Flights to European destinations were delayed at Manchester, the third-biggest airport in Britain.

â€¢cars stranded in the French Alps

â€¢locations have set up shelters across the Savoie region

Forecasters predict temperatures in Britain could drop to minus 10C this week.

British weather forecasts predict more snow showers, mainly in the north, though the main threat would be ice on roads.

All trains into and out of London’s King’s Cross were cancelled yesterday after engineering work on lines was not completed as planned.

The shock move brought chaotic scenes to parts of the capital and disgruntled travellers took to social media to vent their anger at Network Rail, which found itself trending on Twitter for all the wrong reasons.

The company could find itself on the receiving end of a multimillion-pound fine after the Office of Rail Regulation said an investigation would be launched into the disruption.

The company said the work near King’s Cross was part of a 200 million Christmas investment programme and described the move to cancel all services as “regrettable and unfortunate”.

Yesterday the Met Office issued a severe weather alert – predicting that temperatures would fall sharply, with the risk of widespread ice forming on untreated surfaces.

“The most widespread ice is expected where melting snow cover refreezes and where showers occur,” the Met Office said, adding that there was a 90 per cent chance of severe cold, ice or snow in parts of England between today and New Year’s Eve.