Snow falls in Tasmania after warmest October on record 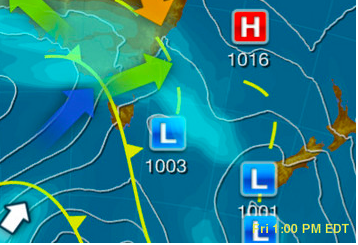 As they say in Tasmania, if you don’t like the weather come back in five minutes. After Hobart experienced its warmest October on record, snow has returned to the state.

And more is on the way.

In WeatherWatch.co.nz’s weather video with Philip Duncan today he talks about the snow expected in Tasmania again today/tonight – click the viewer on the righthand side of our homepage or in the VIDEO section of our Free App.

Rachel McInerney from the Weather Bureau said Tasmanians should expect the weather to change significantly throughout the day.

Ms McInerney said temperatures were set to rise to the mid-teens, before the arrival of a second cold front this afternoon.

“It should reach Hobart mid to late afternoon, and in behind that front there’s even colder air, quite unstable cold air and with that, hail potentially”, she said.

Warm weather was dominant in Tasmania during October, in marked contrast to a cool September.

– By Angela Ross of ABC