Snow as far north as the Kaimais; “even if this was winter this is extreme” 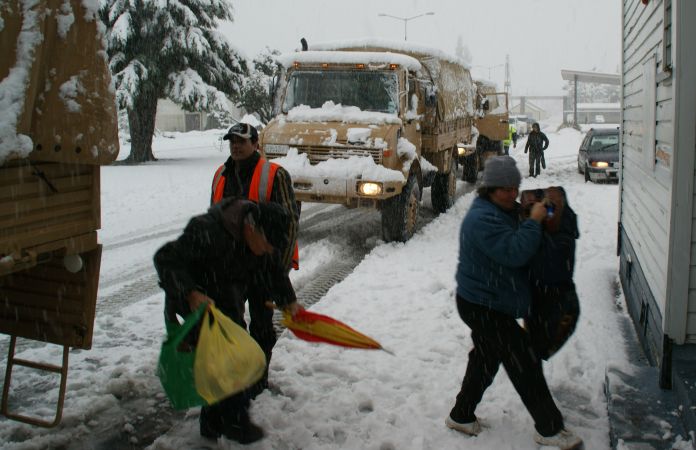 Yesterday was possibly a record breaker as far as temperatures go across the upper North Island.

Snow fell as far north as the Kaimai ranges from residents in Te Aroha and from Katikati saying snow was clearly visible. Much of the Waikato shivered on just 6 degrees yesterday with most of Auckland spending the day on 7 but peaking at 9 or 10.

Head weather analyst Philip Duncan says it’s still unclear if the record books have been beaten but either way Monday’s weather was a rare event.  “We’re still trying to find out if any centres such as Auckland, Hamilton or Paeroa broke any October records.  Single digit highs are uncommon for Auckland even in the depths of winter”.

Mr Duncan says many people described yesterday as “worse than winter”.  “I’ve had people say to me this is far worse than the middle of winter and I have to agree, for the North Island at least”.

“Even if this was the middle of winter this is extreme – the temperatures experienced over northern New Zealand on Monday, the snow in Taupo on Sunday and the heavy snow on the Napier Taupo highway trapping hundreds of motorists all point to something rare”.

Snow will continue to arrive until the end of the year in some North Island places, as far north as the Kaimais by the second week of December and as far south as Wellington by the end of December. Ski operators should offer summer skiing because a 3-year spell of lean years is coming in a couple of years. Despite public comments to the contrary, late unseasonal snow has happened before. For instance in 1968 at the beginning of December deep snow covered the Mackenzie Country down to Timaru. And there have been many examples of skiable January snow on Ruapehu. Don’t be misled by headlines that try to make out weather is getting increasingly bizarre, when it has happened before several times. Ken

very exciting stuff! light dusting of snow on the Mountain this morning. Have uploaded a pic to Gallery

Imagine the Global Warming hysteria if these unusual temperatures were in the other direction.

Snow this morning on Mt Pirongia. Beautiful sight seeing it snow capped. Right now is are great chance to see it, the mountain is clear of clouds.