Second ‘Supermoon’ on its way! 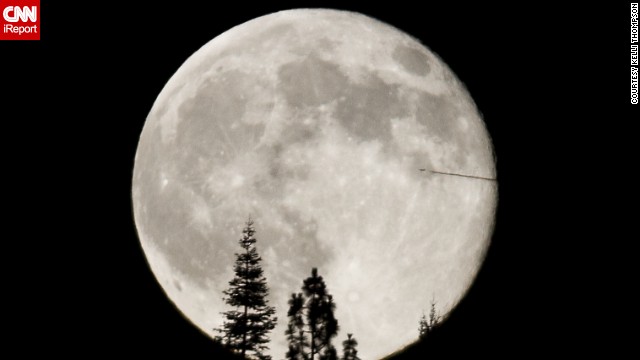 The second installment of this winter’s season of supermoons is happening tonight NZT.

Stargazers who missed the July 12 supermoon will have another chance to see the bright lunar phenomenon from all around the world.

The supermoon occurs when the moon becomes full on the same days as its perigee, which is the point in the moon’s orbit when it is closest to Earth.

What is a Supermoon you ask…

The supermoon of August is one of the largest and brightest full moons of the year. The U.S. Naval Observatory says the moon will be 12% bigger and 30% brighter than it was in January 2014.

In the United States, the moon will turn full on Sunday at 2:09 p.m. ET. (6.09am NZT) The moon will continue to look bright and full Sunday evening, leading into Monday early morning.

Days after the supermoon, people can also watch the annual Perseids meteor shower, which peaks on August 13. But stargazers might have a hard time spotting the meteor shower. The moon’s light will wash out all but the brightest of Perseids’ meteors, according to the International Meteor Organization.

Full moons occur near perigee approximately every 13 months, so full moons like this upcoming one are not that uncommon, according to NASA.

But that does not stop the public from getting excited over them. Social media sites are normally abuzz in anticipation of supermoon sightings days before the event is scheduled to peak. During July’s supermoon, CNN iReport received dozens of photos from around the world of supermoon sightings from people’s backyards to metropolitan areas.

Southern California resident Marie Sager was out in her Los Angeles backyard photographing the supermoon in July, too. Although it wasn’t her first experience seeing the bright moon, she still enjoys watching the lunar phenomenon, even if it means missing a few hours of sleep.

“I am a stargazer and a moon watcher. I’ll be there waiting and watching,” she said, referring to August’s supermoon.

It may be difficult to distinguish a true supermoon because of weather conditions and clouds, according to NASA. But August’s supermoon is sure to be a worthy lunar sighting.

Dear Mother Nature, Please clear the cloudy sky for a view of the Moon.