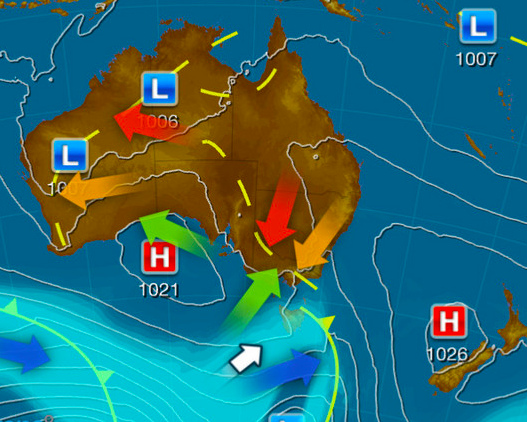 Much of Australia’s interior is to heat to the forties each day for a week, some parts hitting 45 degrees each day.

The heat has been quite intense over Western Australia’s Pilbara where Mardie peaked at 48.0 degrees on Thursday.

In South Australia’s far north, Oodnadatta reached 46.5 degrees (nine degrees above average and Australia’s highest recorded temperature for the day) on Friday and should get to 45 degrees or hotter each day through to about next Thursday. The outback town’s pink roadhouse is surely going to be an oasis.

This will take Oodnadatta’s tally of 45-degree days this summer to 12. Its previous summer record was 13 days, last summer. Its summer average in 68 years of records is three or four days this hot.

Further south, heat will generally be less intense and come and go. However, Port Augusta is tipped to be one of the hottest places in the country in the coming week, reaching about 48 degrees, on Tuesday, just ahead of a cooler change.

The Tour Down Under will be hit by intense heat, temperatures reaching the low-to-mid forties for Stage 1, before weak cooler changes gradually relieve riders and spectators for the latter stages.

During this heatwave, people are advised to avoid strenuous exercise, drink plenty of water, stay inside when possible and try to keep your house cool. It is also recommended to regularly check on the young and elderly.