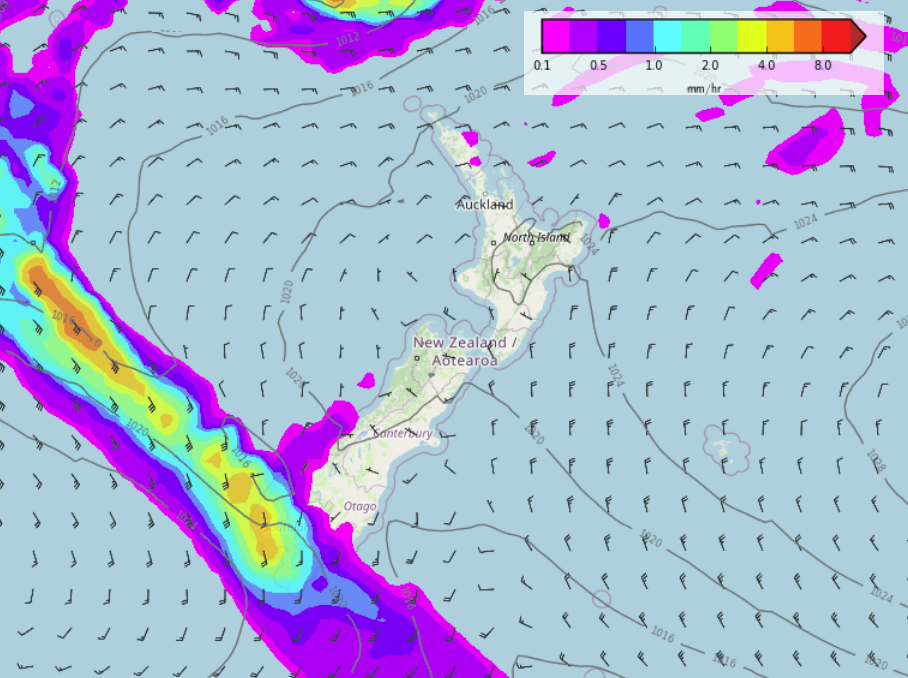 SETTLED WEATHER IS NEARLY ON IT’S WAY OUT

A cold front is due to move onto the lower South Island later on Sunday then push northwards during Monday. This front brings rain to Fiordland, Southland and eventually Otago from Sunday evening, rain will be heavy for Fiordland then on Monday some rain moves up the east coast into Canterbury. Later in the evening or overnight on Monday a few showers eventually move up the North Island’s east coast.

Eastern Northland continues to get pestered by a few light showers today and these will continue on and off at times today and much of next week due to ongoing easterly quarter winds moving around high pressure out to our east. Despite these showers, it’s still mainly dry.

LATER NEXT WEEK SOME HEAVY RAIN FOR THE WEST COAST?

Later next week long range models suggest there could be some heavy rain moving in for the West Coast thanks to a low pressure system and associated front pushing in from the west. Saturday may then see a cool change in the east and showers moving through. The North Island looks rather settled all of next week apart from showers in the east later on Monday, clearing Tuesday, also the odd light shower at times from East Cape through to eastern Northland in an easterly quarter airflow. Saturday may see a few showers move in to western regions.