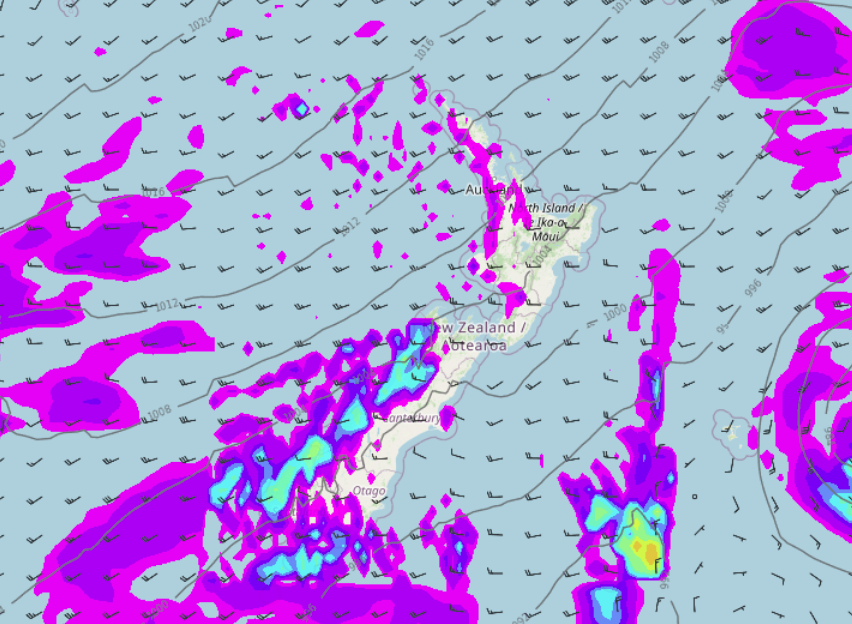 A southwesterly airflow lies over New Zealand today bringing showers in the west and far south, a few showers getting into Canterbury at times too especially near the coast. Tomorrow a deep large low moves onto New Zealand and with it comes some very unsettled weather and snow to low levels for the South Island especially later in the day.

Northland, Auckland, Waikato & Bay Of Plenty
Cloudy areas and occasional showers, sunny spells now and then. Gusty southwesterly winds. Bay Of Plenty has a dry day with a mix of sun and cloud.
Highs: 15-17

Wellington
Morning sun and some high cloud, southerlies freshen in the afternoon bringing the risk of a shower or two, clearing evening.
Highs: 14-15

Marlborough & Nelson
Mostly sunny with some high cloud, westerlies tend to the southwest in the afternoon.
Highs: 14-17

Canterbury
Some sun first thing then cloud develops in the morning as southerlies freshen, perhaps a shower also mainly near the coast. Sun breaks through again in the afternoon. In the evening southerlies freshen again bringing cloud and further coastal showers.
Highs: 12-14