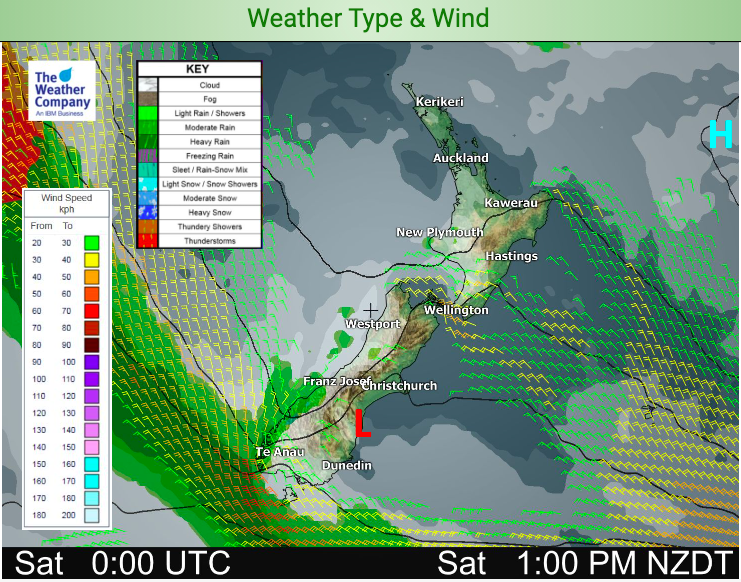 High pressure continues to cover the North Island but is slipping off some of the South Island.

This process encourages rain in Fiordland (and surrounds) to move northwards a little – along with a windy nor’wester. Southland and South Westland are also expected to get some rain.

Winds will be strong through Wellington and Cook Strait and in exposed alpine areas.

Temperatures are again above average in most places.

Northland, Auckland, Waikato & Bay Of Plenty
Light variable winds or a light westerly under high pressure. A mix of sunny and cloudy periods, although mostly sunny in Bay of Plenty and other eastern areas.
Highs: 20 – 24

Western North Island (including Central North Island)
Cloudy at times with west to north west winds. Might be a coastal shower in the very lower North Island.
Highs: 17 – 20

Canterbury
A sunny warm to hot day with nor’westers. Coolest in the mountains and high country where it may also be a little cloudier at times.
Highs: 16 – 28

Southland & Otago
A mix of sun and cloud with north to north west winds. Showers turning to rain Fiordland and a few showers possible elsewhere.
Highs: 17-22