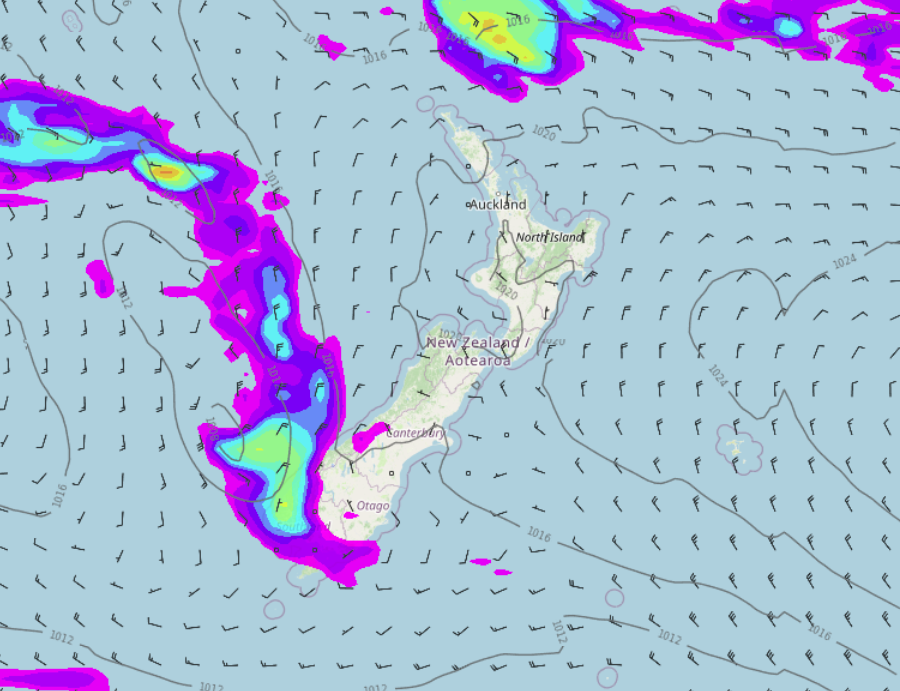 A ridge of high pressure brings mainly settled weather for most today however a front and low approaching in the Tasman Sea brings rain to Fiordland and showers about the far south.

Marlborough & Nelson
Sunny with some high cloud starting to trickle in from afternoon, north to northwesterly winds.
Highs: 20-24

Canterbury
Mostly sunny with some high cloud gradually working its way in, north to northwesterly winds. Winds tend east to northeast late afternoon or evening near the coast.
Highs: 20-23

West Coast
Mostly cloudy with a few showers south of about Greymouth, rain for Fiordland especially in the south with heavy falls. Northerly winds.
Highs: 16-20

Southland & Otago
Showers develop in the morning for Southland then up into coastal Otago in the afternoon as northwesterlies change to the south or southwest. Central Otago has high cloud, the odd spit possible mainly afternoon / evening, north to northwesterly winds.
Highs: 14-21